Here I am, carving a rubber stamp for next letter’s hand-printed envelopes…this is the one and only test video I made for Patreon, before my iPhone went for a swim in the saltwater harbour (*sob*)

The motifs are directly from Ta Makuende Yaya, a key book about Palo Monte, the Congo religion that slaves brought with them to Cuba. It was one of the first books I bought and read while I was in Venezuela, learning Spanish (June-October 2015).

In Venezuela, Palo had been given a bad name because it was linked to a rash of grave robbing. Residents in the capital of Caracas claimed that many of the graves at Caracas’ Southern General Cemetery had been pried open to have their contents removed for use in Palo ceremonies.

The relationship between this juicy snippet, and my letter, is one of very loose association:

I write about my quest to a Colombian cemetery for a specific ingredient, and how a misunderstanding  with the gravedigger results in my coming home with something unexpected…

There’s still time to become my subscriber on Patreon, and be among the people who will receive this crazy story as a beautiful letter in the mail, along with a freshly-printed new postcard design: Voudoun’s Baron Samedi!

Cut-off date for this letter is October 30. 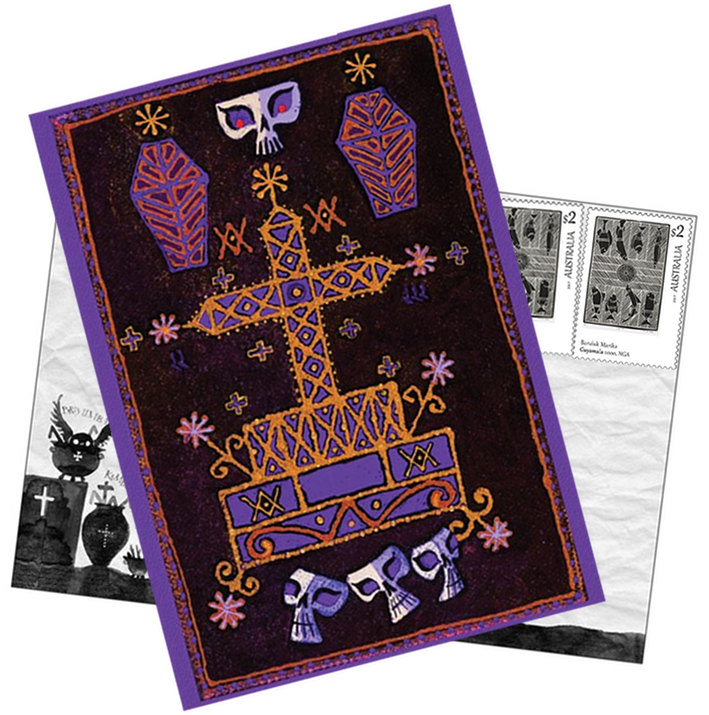