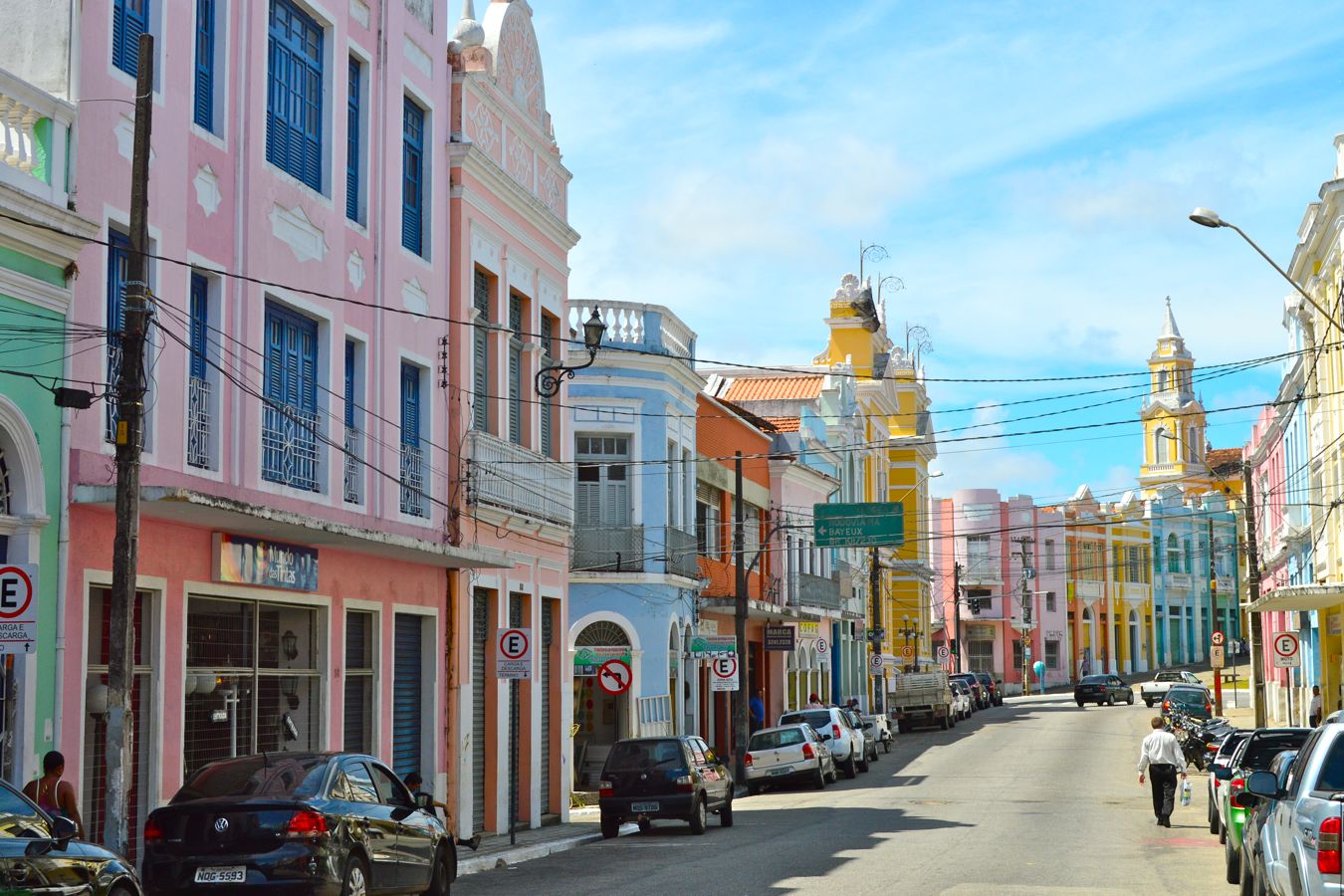 I sure hope you like the colonial Portuguese style of colorful, baroque houses as much as I do…because here are some more, and I suspect there will be months and months more of these confections. 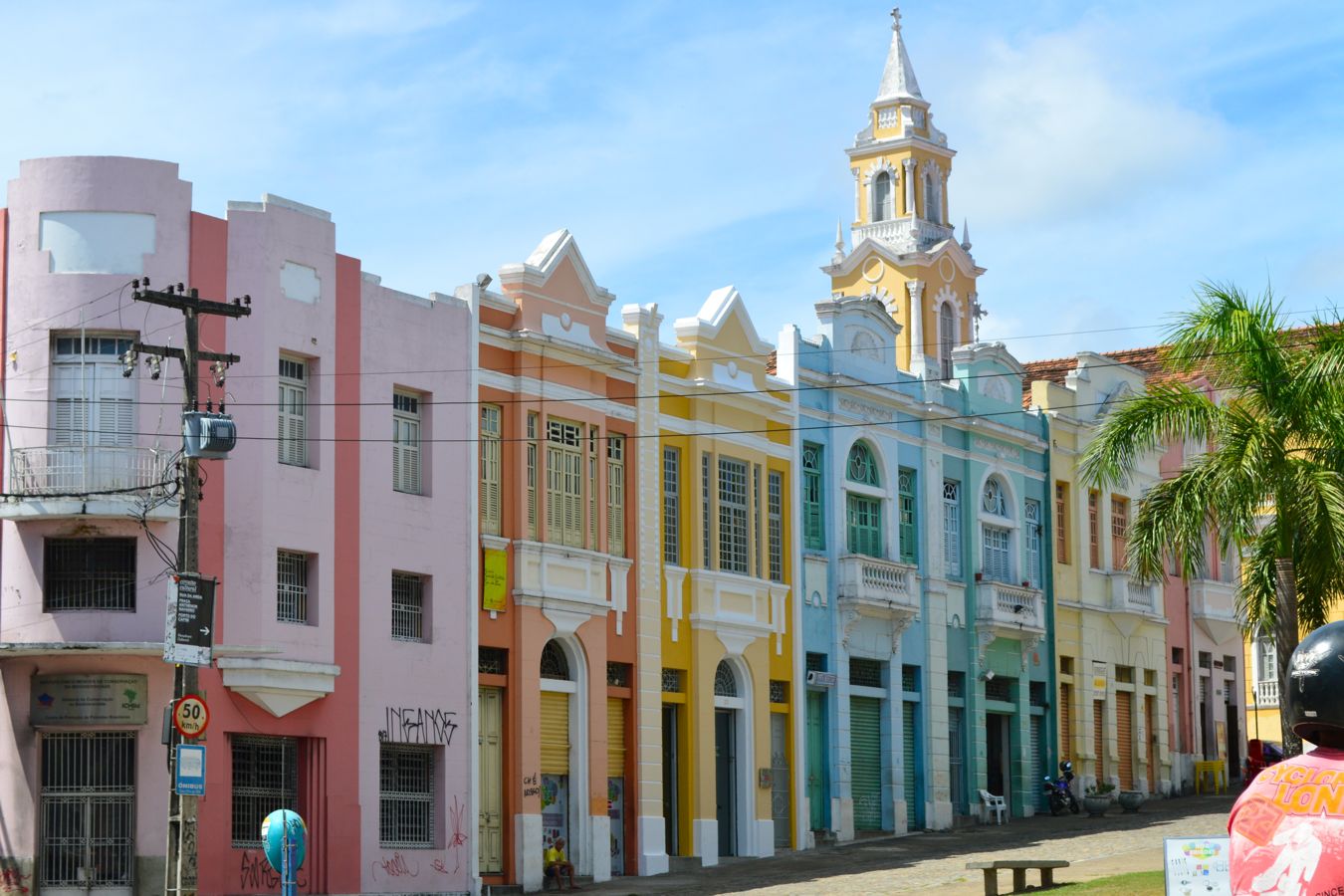 We took the train into João Pessoa the other day, and walked around the city’s Centro Historico. This is where the city was founded in 1585…not at all near the beaches on the coast, overlooking the Atlantic ocean, but a good way inland, along the sleepy banks of the Rio Paraiba, where ships could dock and load up on sugar and extremely valuable brasil wood coming from the interior (hence the proximity of the railway to the Historical Center). 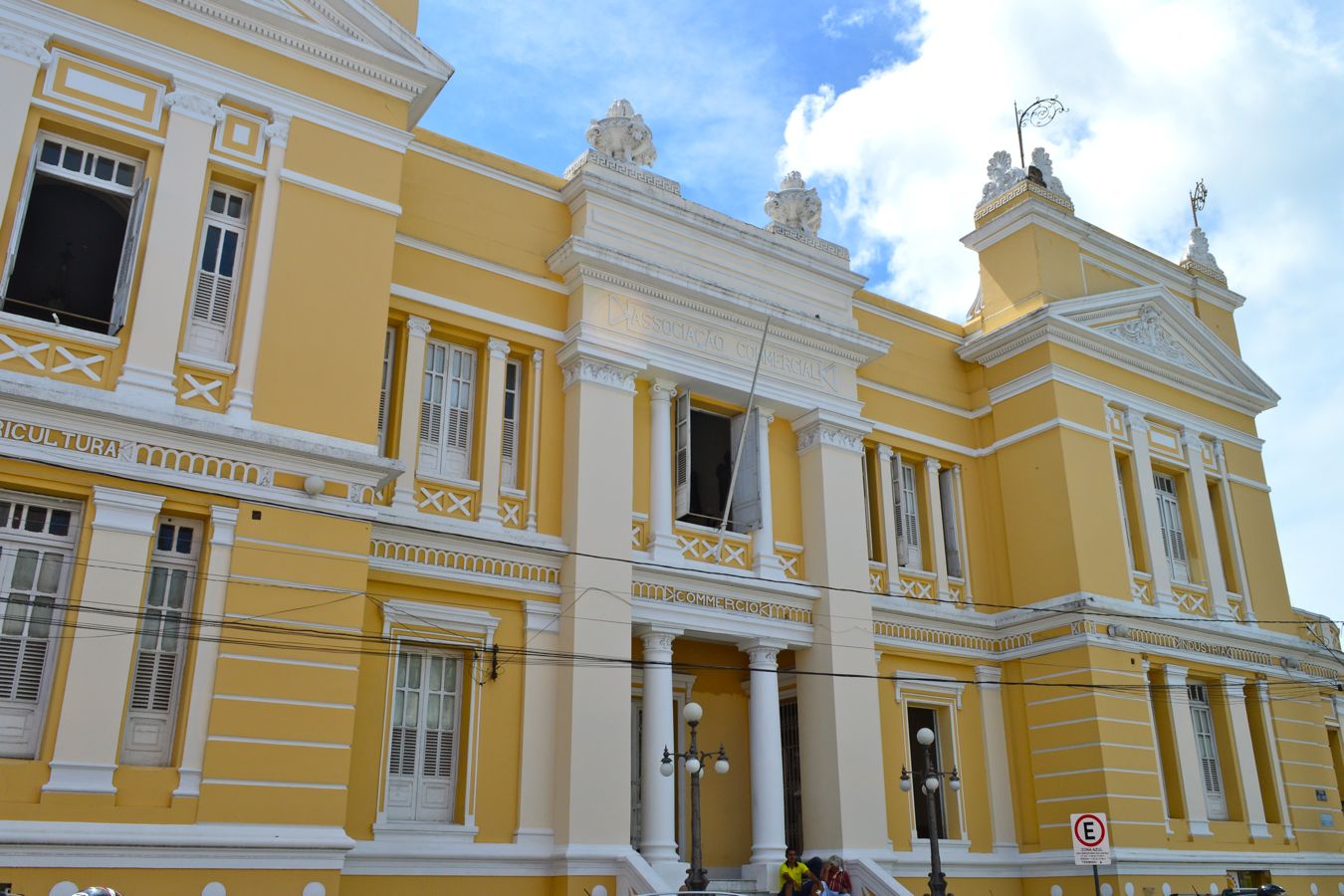 Unlike Olinda, with its very narrow streets and its air of a museum and residential area, the “wedding cake” buildings of João Pessoa are actively used as business premises. 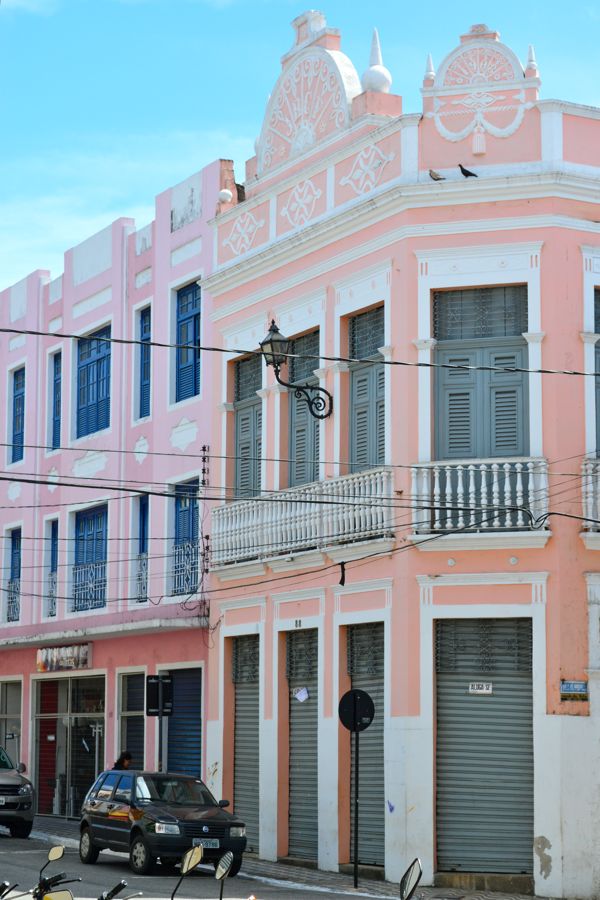 At seeming variance with the vivid colour combinations, the frilly plaster mouldings, and the wrought iron balconies, the businesses housed in this area are mostly hardware and construction supplies, industrial spare parts, automobile parts and garages. 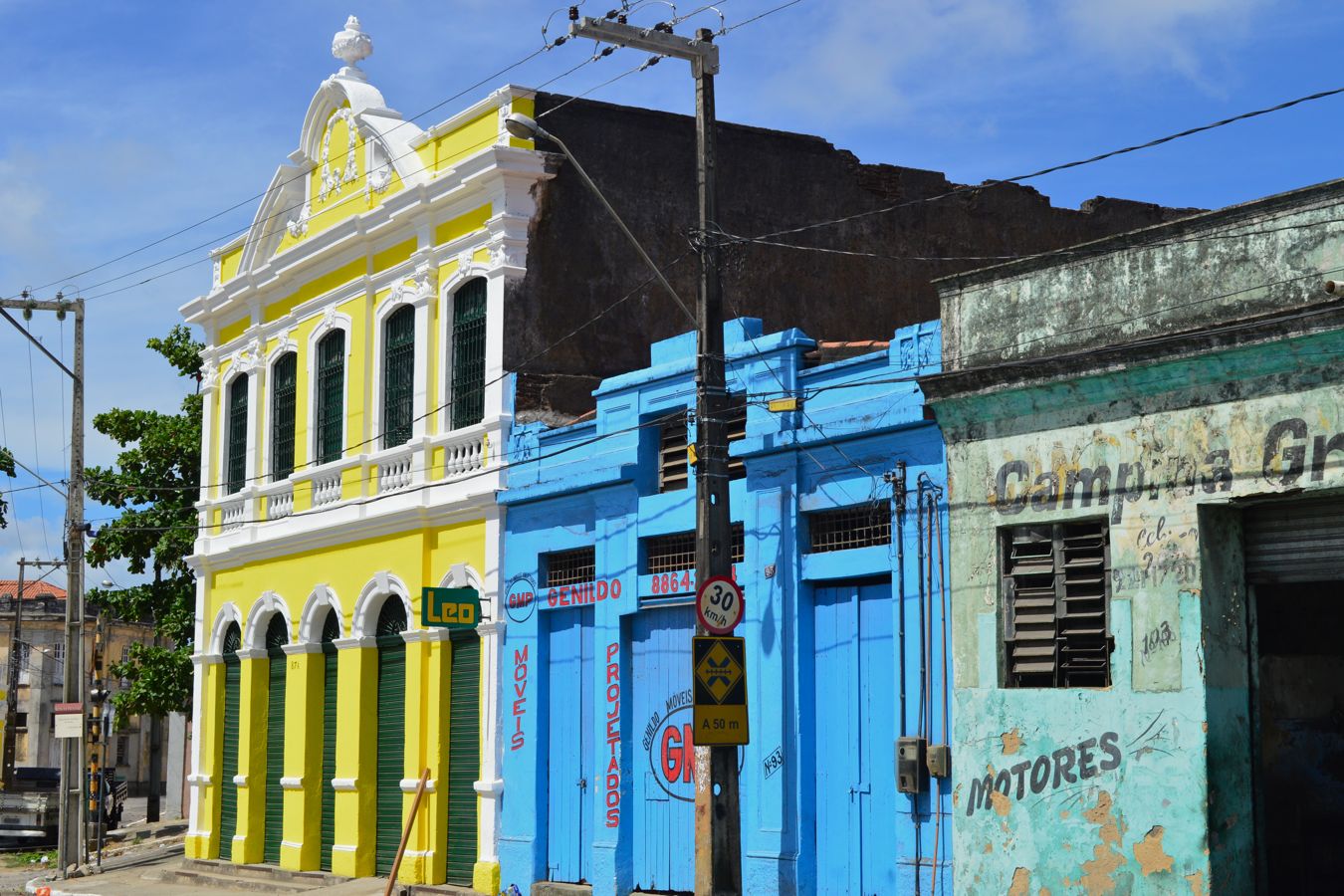 And while there are pockets in the area where the houses have been restored and done up to please the tourists and to live up to the bright images in the brochures, most of the buildings are succumbing to a slow decay. On some streets, entire house blocks have not been touched since the houses were built, 500 years ago. These houses are stripped to bare brickwork. The roofs are gone. The doors have been boarded up (sometimes the entire house has been filled in, with rubble and concrete, to discourage squatters). Trees grow inside the houses, vines creep up the once-ornate baroque facades. 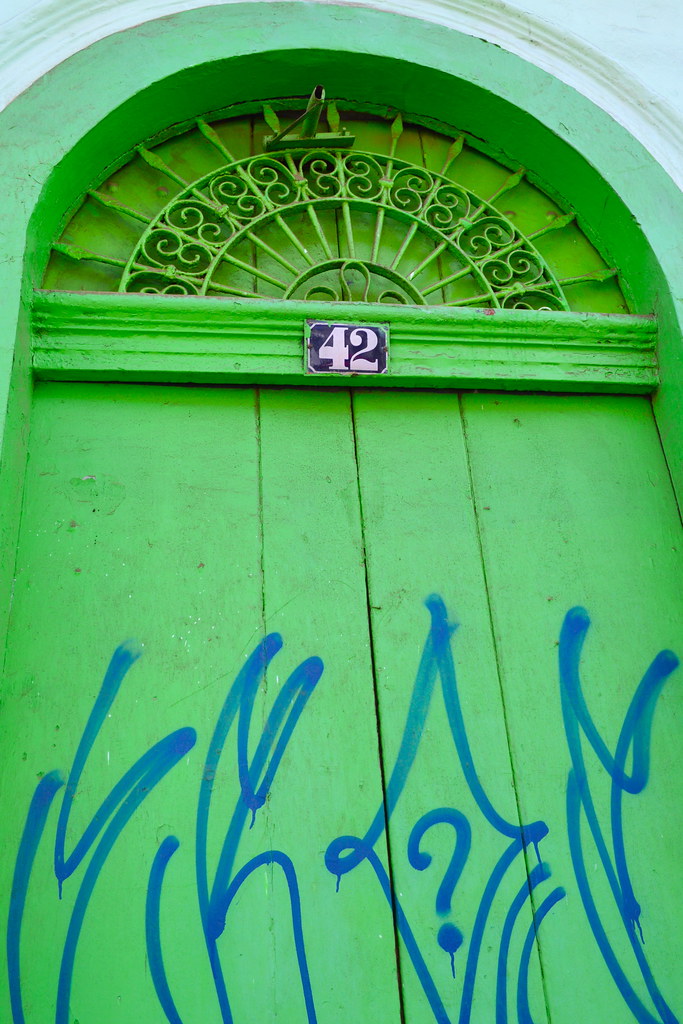 And much as I love the candy-coloured houses restored by money from benevolent societies in Switzerland and the UNESCO, I am more affected by the untouched buildings that stand as they have since they were built. 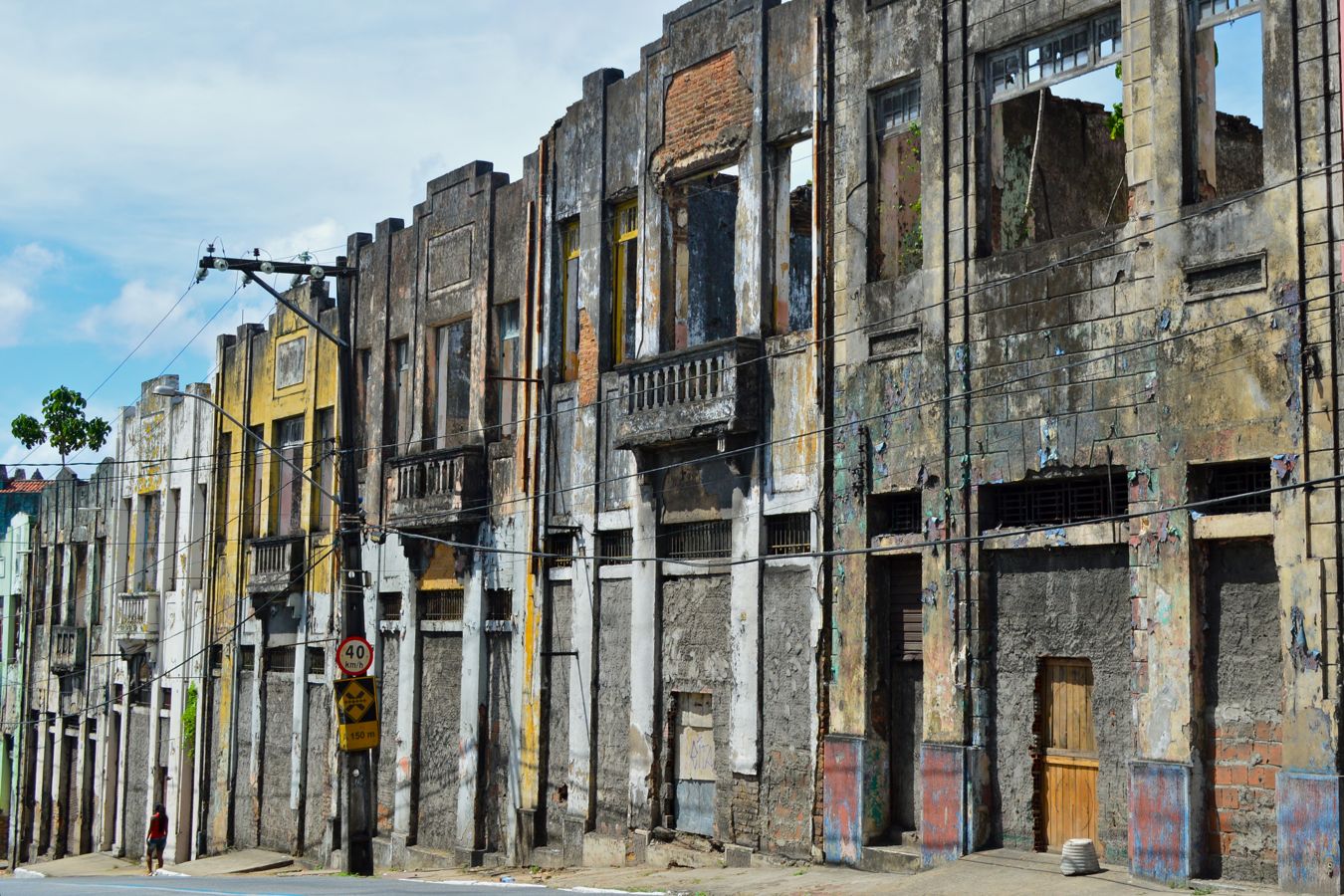 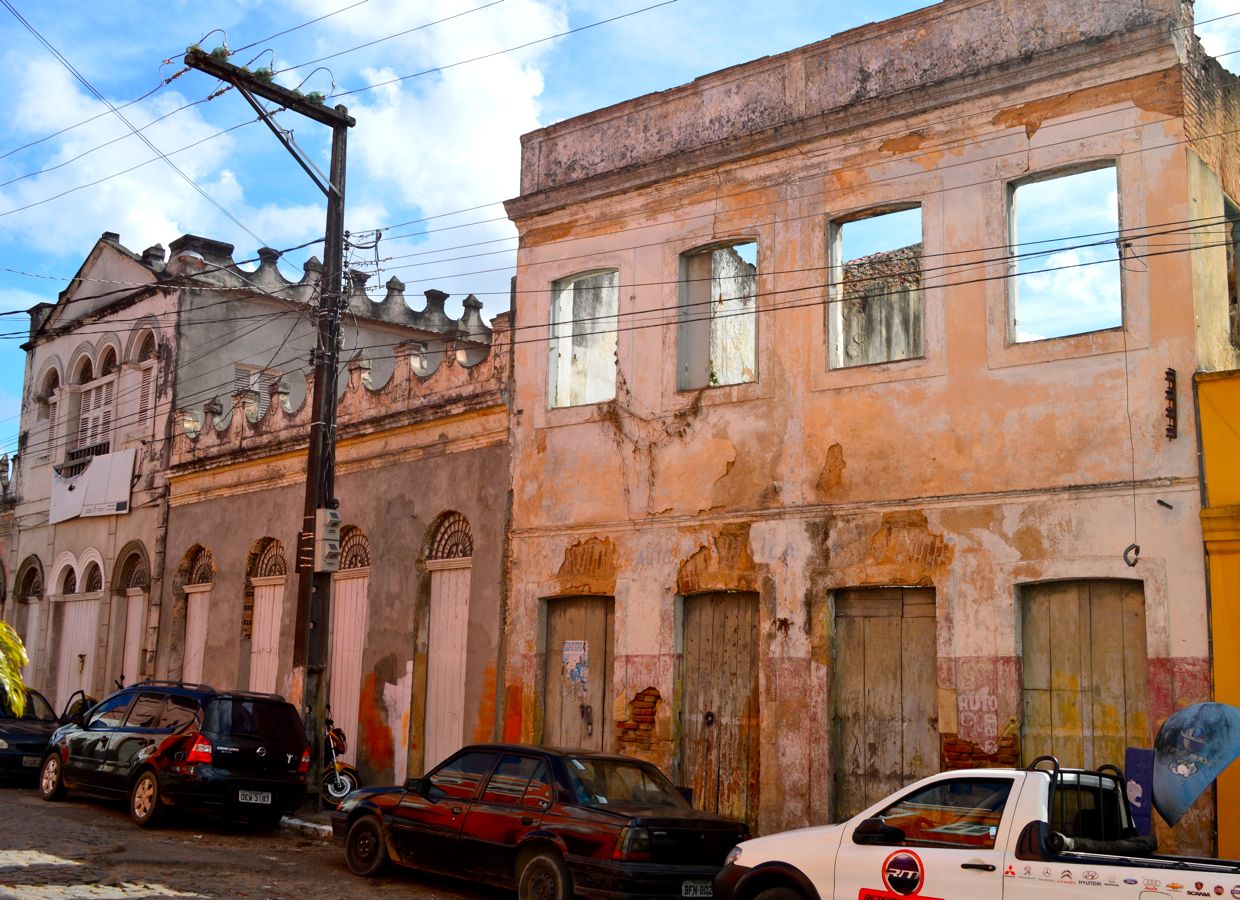 I think of what glorious, grand homes for the wealthy Portuguese traders they must have once been, and what an amazing little city João Pessoa must have been at the height of its commercial and political eminence, when it was the “CBD” of the state, and not just a patchily preserved wreck, propped up by historical societies. 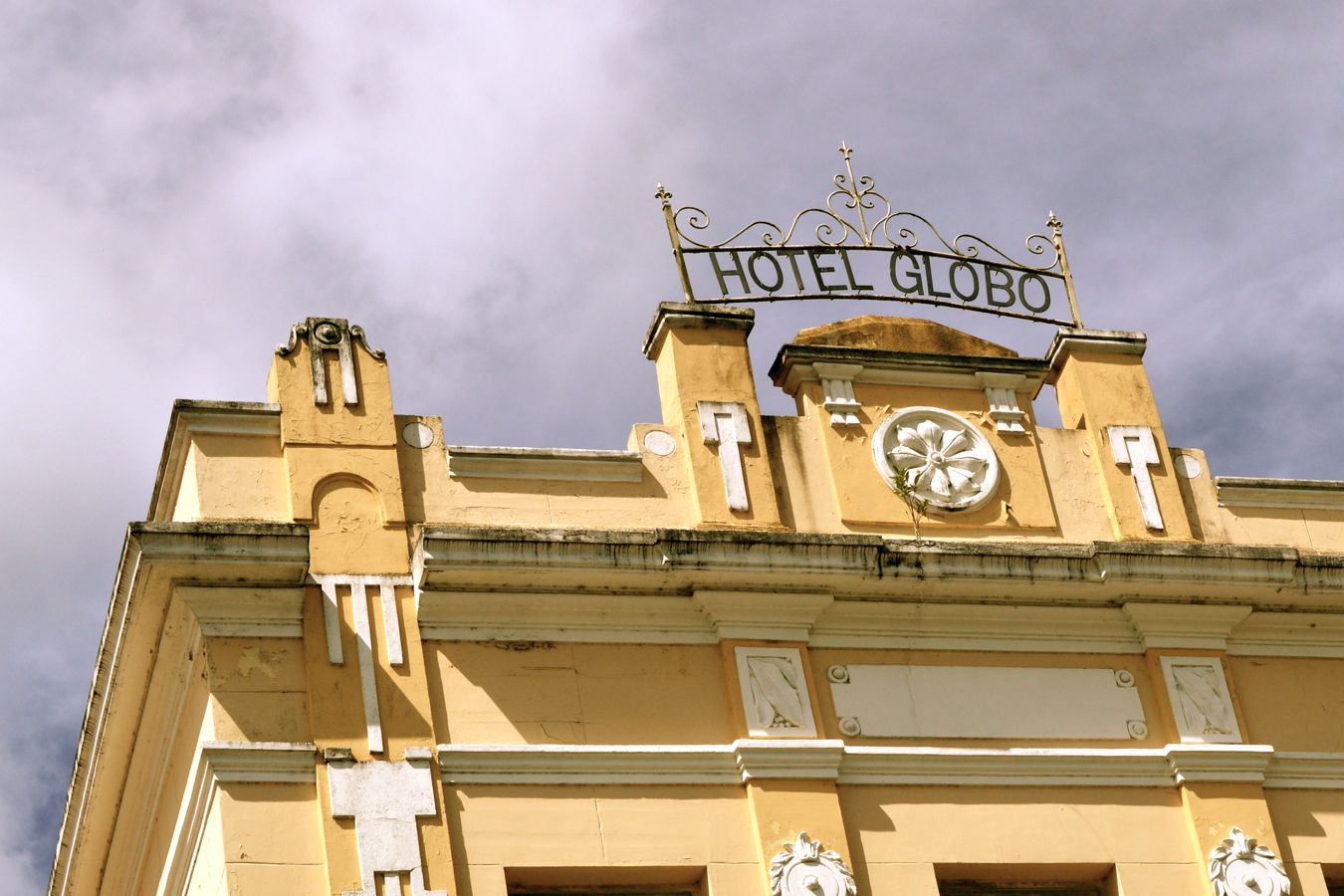 10 thoughts on “A city’s historical center”