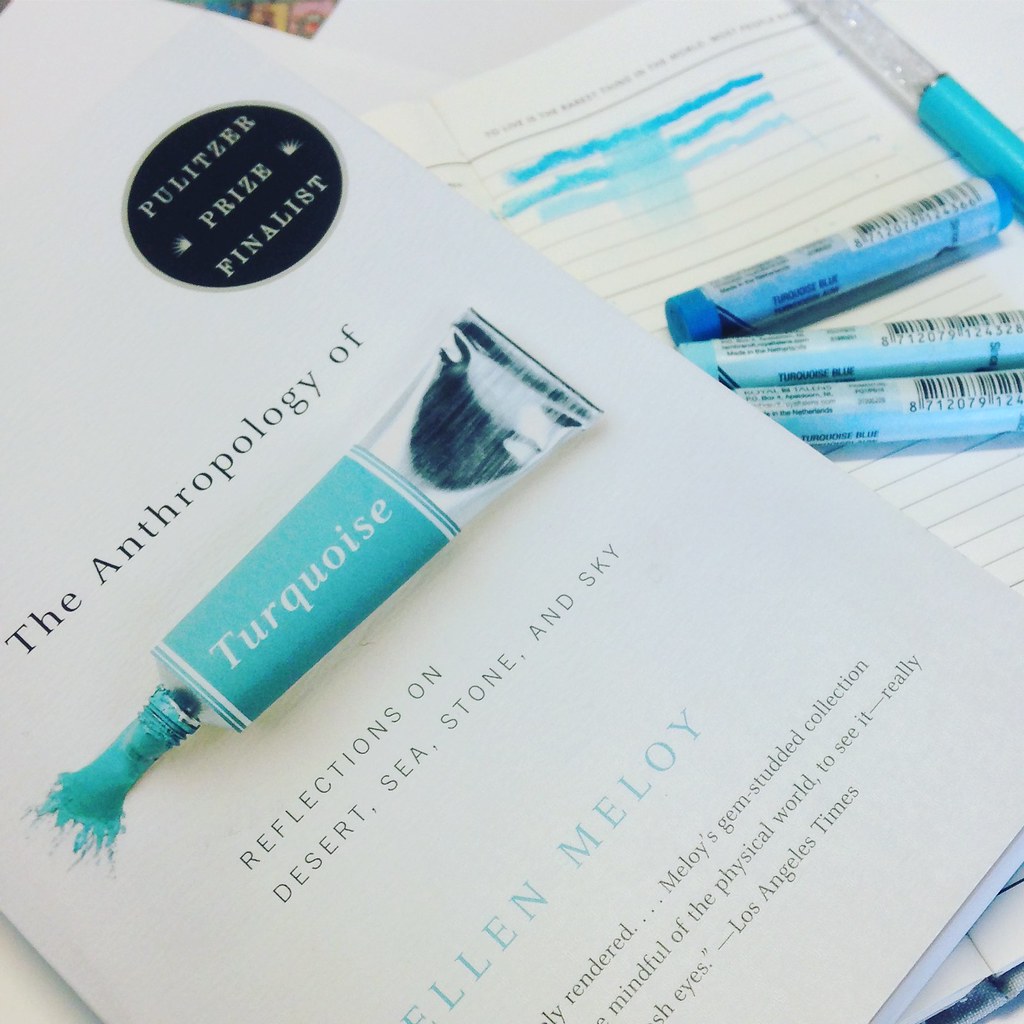 Just a pretty photo today—a teaser—as I am trapped in the middle of a 6-day, full-time work week, while my manager takes some time off.

Mad with the longing to stay home and paint or write, but just can’t manage any good-sized chunk of time to do it in. It’s driving me nuts.

This book came in the post last Monday. I’ll try to lose myself for a few hours tonight in its pages. Let you know my impressions of the book when I’m through. Not that my impression’re worth a damn *laughs*

Lots of people in Darwin have seen Kris…he’s mainly known as “that bearded guy that rides everywhere on a weird bike”. People have seen him carting ladders, or a dozen loaded crates stacked up into pyramids, or whole trestle tables, on his home-built recumbent bike (he’s secretly proud of the way he can transport almost anything on his bicycle), and have come across him riding as far out as Humpty Doo, or Litchfield, or out in the Tanami Desert…with rubber thongs on his feet and just a sleeping bag and a jug of water in a milk crate on the back.

What most people don’t know about Kris (because he keeps very quiet about what he does…he is the embodiment of “the cat that walked by himself”, his own person) is that he pours 70% of all his living energy into projects that have no obvious purpose, nor promise any of society’s conventional rewards.

Hours of each day are spent on whatever his current obsessions may be; Kris doesn’t merely squeeze his passions into the gaps of “free time” left over after a boring ordinary work day…much the opposite, Kris squeezes a little bit of boring, everyday life into whatever gaps are left after he has spent the best part of his day on weird or wonderful projects to please HIMSELF.

He approaches his projects with the discipline and focus that most people reserve for jobs they are getting paid (or somehow rewarded) to do. I have seen him spend many, many hours over a period of 12 years or so, researching and cataloging the mythical, fantastic, unusual beasts/creatures of every culture…sorting them into groups, and then making a small painting of every single one. It’s all been compiled into a handbound book with carved teak covers, handwritten pages, illuminated majuscules, gold leaf, and some 170 original paintings; it is known in our household as Teratologus. A few of our friends have seen the book, but it is not something he talks about or passes around easily. It’s not that it’s a secret, but that it represents too much hard work and…dare I say it?…love, to be exposed to people who would never understand such a project.

Questions like “What’s it good for?“, or being told that “You are very privileged and lucky to be able to live your dreams,” are sad and disappointing. Some of the best things in life aren’t “good for anything”. And as we don’t have much time on this planet to do all the things we want to do, we’d rather not waste our precious minutes trying to explain creativity, imagination, or living without imagined fears, to people who, themselves, aren’t good for much more than criticism and worry. We feel sorry for you, but we can’t help you.

Recently, Kris has been into bicycles. Specifically, bicycles in Australia…not the bicycle as status symbol or state-of-the-art lifestyle wank…but the bicycle as a simple machine that has changed very little, essentially, over the centuries, and is one of the most energy-efficient and accessible modes of transport, loved the world over.

He’s spent the past three years researching the topic. He’s built 5 recumbent bicycles over time, and made two trips from Darwin to Port Augusta, and to Broome, on his home-built bikes. He wrote a book about his trips, research, the philosophy and practicality of human-powered-versus-fuel-consuming transport, of slow-versus-fast transport, of boxed-in-versus-in-the-open transport, and the different mindframe a long-distance cyclist develops…a sort of Zen and The Art of Motorcycle Maintenance, for bicycles, called Bicycle Dreaming.

After four days of hard slog on the Gibb River Road in the Kimberley, WA, during the heat of the day, I was looking for a shady spot to hole up for the afternoon when I bumped into this marvellous billabong. I propped “Kraken” against a spindly tree on the side of the road and waded into tall grass. 50 metres in I discovered a clear patch of water with sandy bottom and rocky ledge. I was parched and tired. I sat down under the first tree at the edge of the water, had a feed, long drink and a short nap.
I had a leisurely scrub and rinsed my clothes….I spread the rags on hot stone shelves, had another swim, and settled myself in a cool spot. The sun was far too high in the sky to climb back into the saddle; I had plenty of time, and I started scribbling about bicycles in my notebook. I was going to write about interesting things and marvellous places, about great and crazy people, and their legendary exploits, all of it in one way or another connected to bicycles. I was going to describe how I see the world and how it affects me.
At that waterhole in the Kimberley I was at peace. Every half an hour a dusty 4WD would roar past, windows rolled up, rattling their way over the corrugation as fast as their suspension would allow, looking dead ahead,…oblivious to the countryside. Some of them noticed my bright red bicycle leaning against a tree, but none of them noticed the waterhole I was sitting at. They came here to see the country, but their cars made them blind.

He made a lot of drawings for the book, in pen and ink, and because he was in the mood, painted up a dozen large posters about bicycles, too…loosely based on the old bicycle posters of the early 1900s, but with humor and a wilder imagination.

We held a book launch and exhibit of all Kris’s bicycle-themed works at the Darwin Visual Arts Association yesterday evening. Was so surprised by the numbers of guests who turned up—thanks to all our good friends, who were so supportive and made the evening a busy, talkative, enjoyable one.

We hope you enjoy the books and the artwork that you took home, may they inspire you to never settle into a comfortable, lazy life of non-doing…may they  awaken you to the fact that Making Your Dreams A Reality has nothing whatsoever to do with Having Enough Money, or Being Entitled, or Being In The Right Place, or Coming From The Right Social Stratum. That’s bullshit.

Possessing a dream is all the entitlement, ability, and birthright you need to make it happen. Stop telling yourself lies because you are afraid. Do it now...it is later than you think.

Kris’s new book, Bicycle Dreaming, is available within Australia via his website.