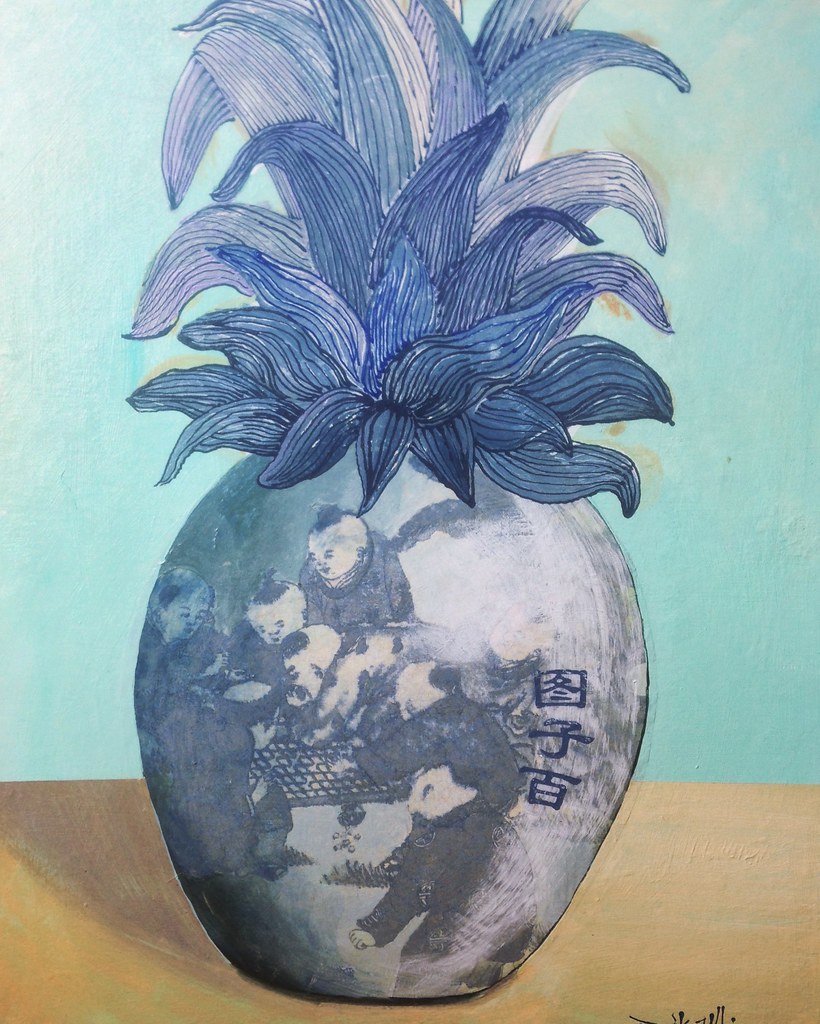 I collaged an actual tissue paper underglaze decal from China onto the jar…so the image of boys playing chequers is not paint or ink, at all, but blue clay sealed under layers of acrylic medium…

Tissue paper decals are designs made from coloured clay (underglazes) that have been silkscreened onto tissue paper. The tissue designs are laid face-down on unfired clay, moistened on the back, and then the paper is peeled away, leaving a crisp design on the clay, which is then fired in a kiln.

My love for the Southeast Asian kitchen was expressing itself in this one…painted in a playful rush, I never meant to show this one to anybody. But I had so few paintings for Tropical Gothic that I gave it a varnish and threw it into the exhibition at the last minute.

An old one, Sopa de Sirena, painted in Venezuela in 2015, but it has never been shown, so I included it in the Tropical Gothic exhibition.

Sopa de Sirena (Mermaid Soup) is a commentary on the difference between affluent countries, and non-affluent ones. In Australia or the US, a mermaid is a whimsical creature that exists for no other purpose than to be enchanting and to decorate a lot of pearlescent, sequined, glitter-encrusted or holographic merchandise.
Where I was born, and then in Venezuela where I made this, a mermaid would probably have been seen as just one more thing for hungry people to eat. A big fish with lots of meat on it.
As one Mexican visitor to the exhibition opening commented knowingly, “Hay que comer…” (“One must eat…”) 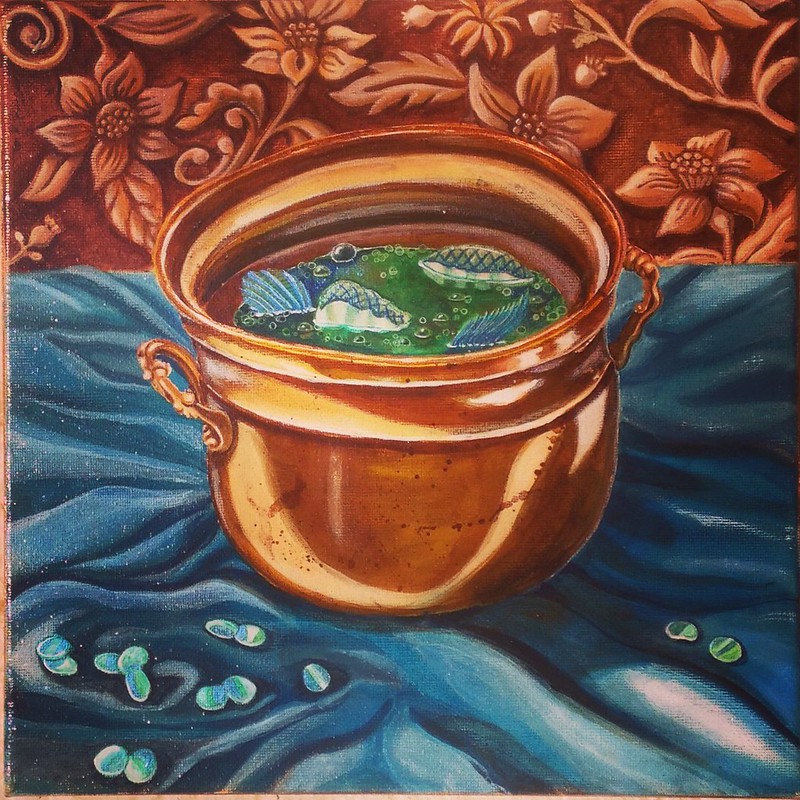 This last painting is called Mouth Wash. I have tried to photograph (and even scan) it several times, and it never turned out. Finally settled for a strangely blurred and milky shot…like there was fog inside my phone’s camera lens, but at least you could see the painting. So then I tried to sharpen the blurred image in a photo editor, and this is what I was left with after I clicked the ‘SAVE’ button: digital distortion. I had saved over the original photo, and accidentally deleted the copy that was on my phone.

Maybe this painting is jinxed. It can hardly be haunted…I used my own mouth as the model for gums and lips (but not the teeth, thank you very much). If it makes it back from the exhibition in one piece, I will try to take another photograph. In the meantime, I rather like this bizarre, striped version… 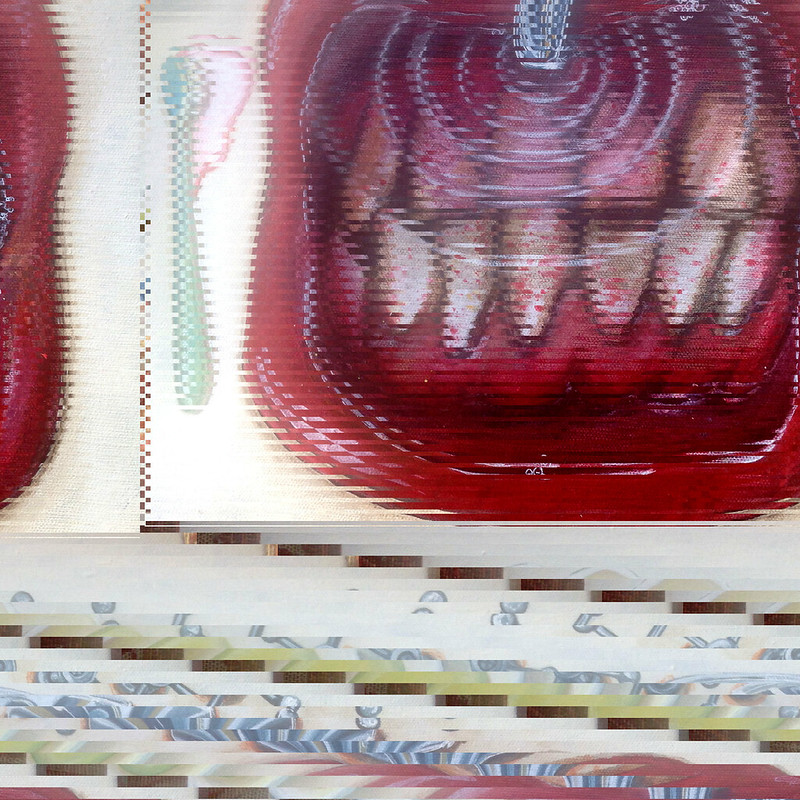 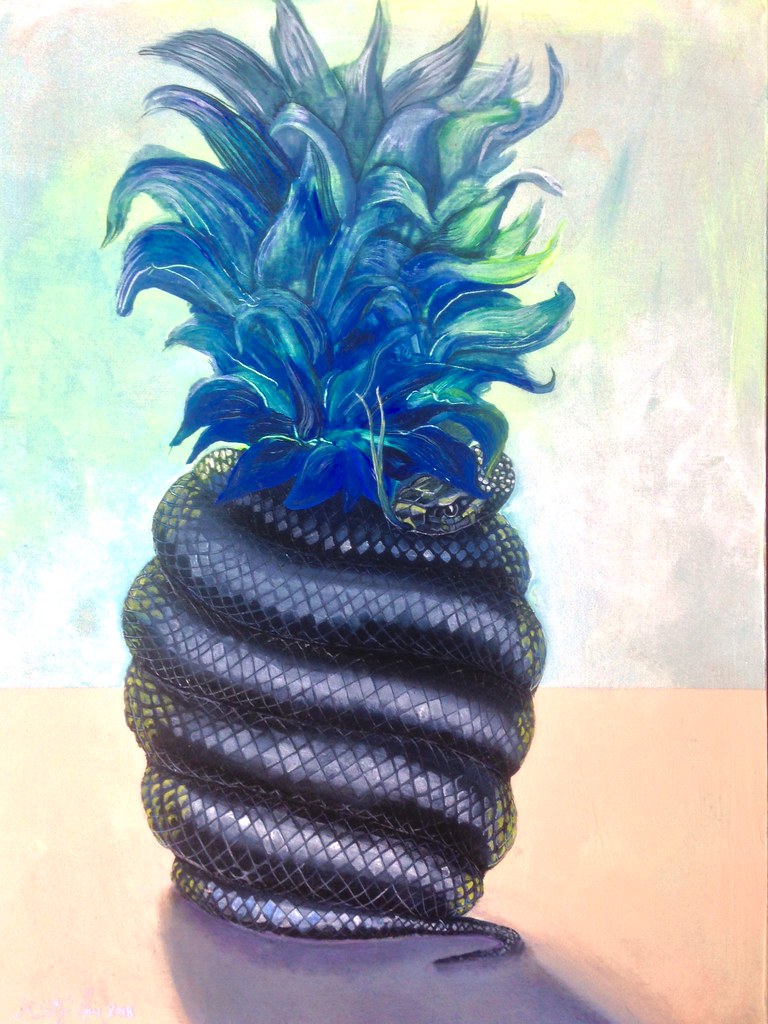 This small painting came out of me in a rush. It took two days, with the idea of the snake replacing the idea of eyes on the evening between the two. It’s good when something is so compelling that the work just flows, and before I can become bored or exasperated with the subject, it’s done. 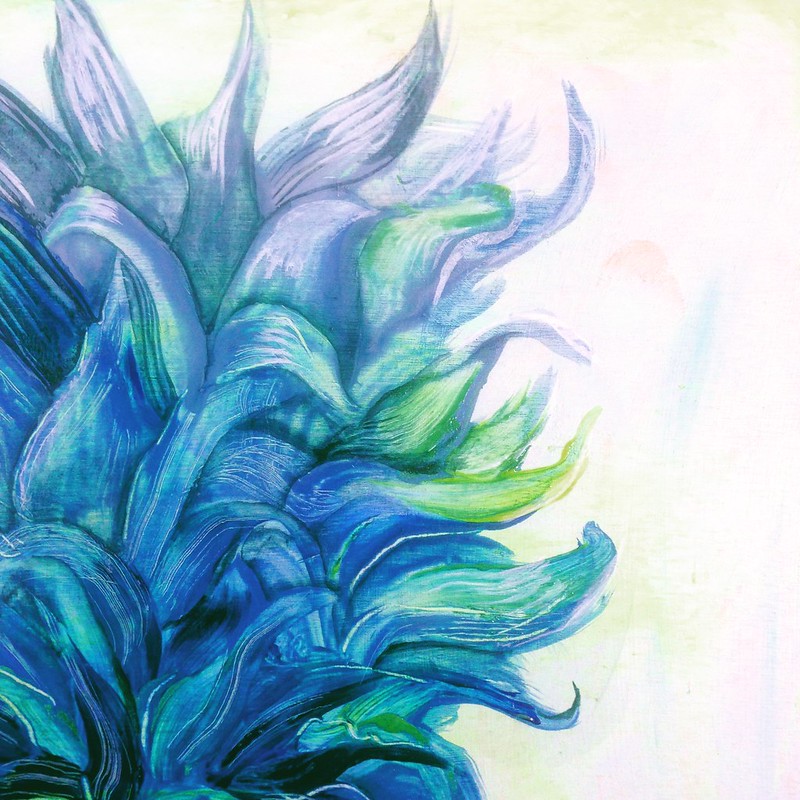 It’s not really as ‘dark’ as it seems…to me, this painting is humorous. I love snakes; I think they’re beautiful and I don’t associate them with anything sinister, biblical, or superstitious. They’re graceful, muscular little reptiles, like lizards, and many have beautiful markings and colours. 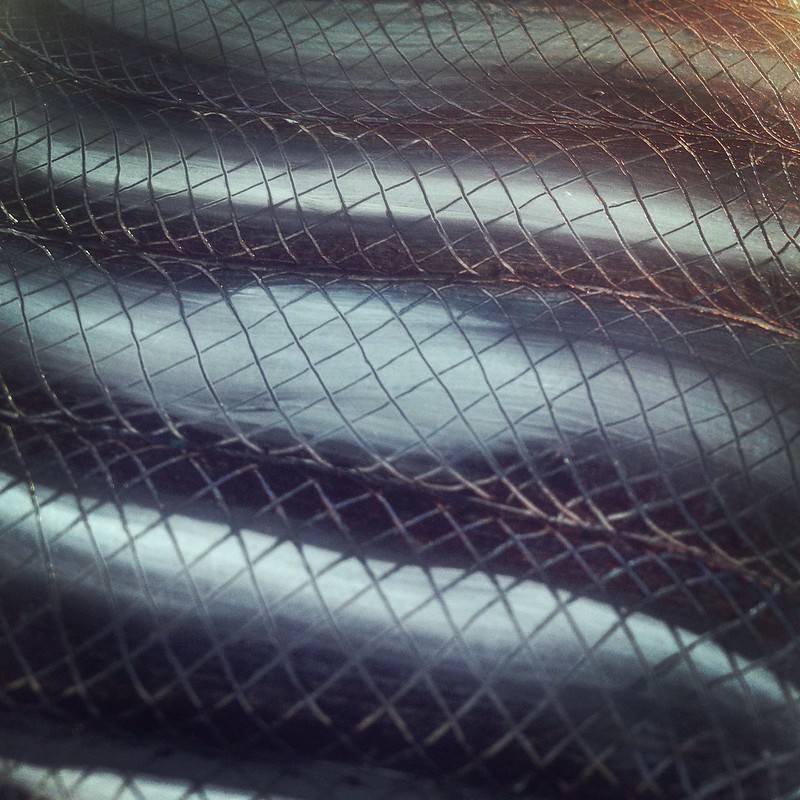 This, and a few other small works of mine, were created for the group show Tropical Gothic: A Selection of Dark Works for Warm Climates. If you’re in Darwin around the time of the festival—and the lights are too bright, the smiles seem mocking, the hubbub is alienating and the town’s party vibes are filling you with a strange sense of weltschmerz—consider yourself invited to our group show. Pineapple I will be hanging in the company of works by my friends Marita Albers, Sandra Kendell, and Sonia Martignon. 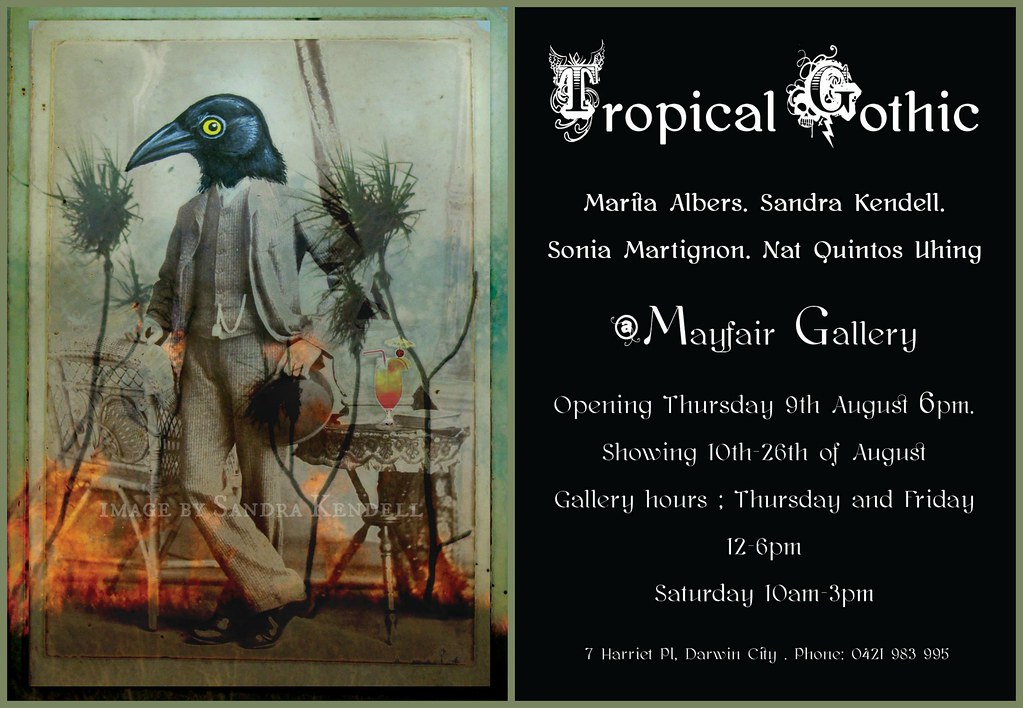