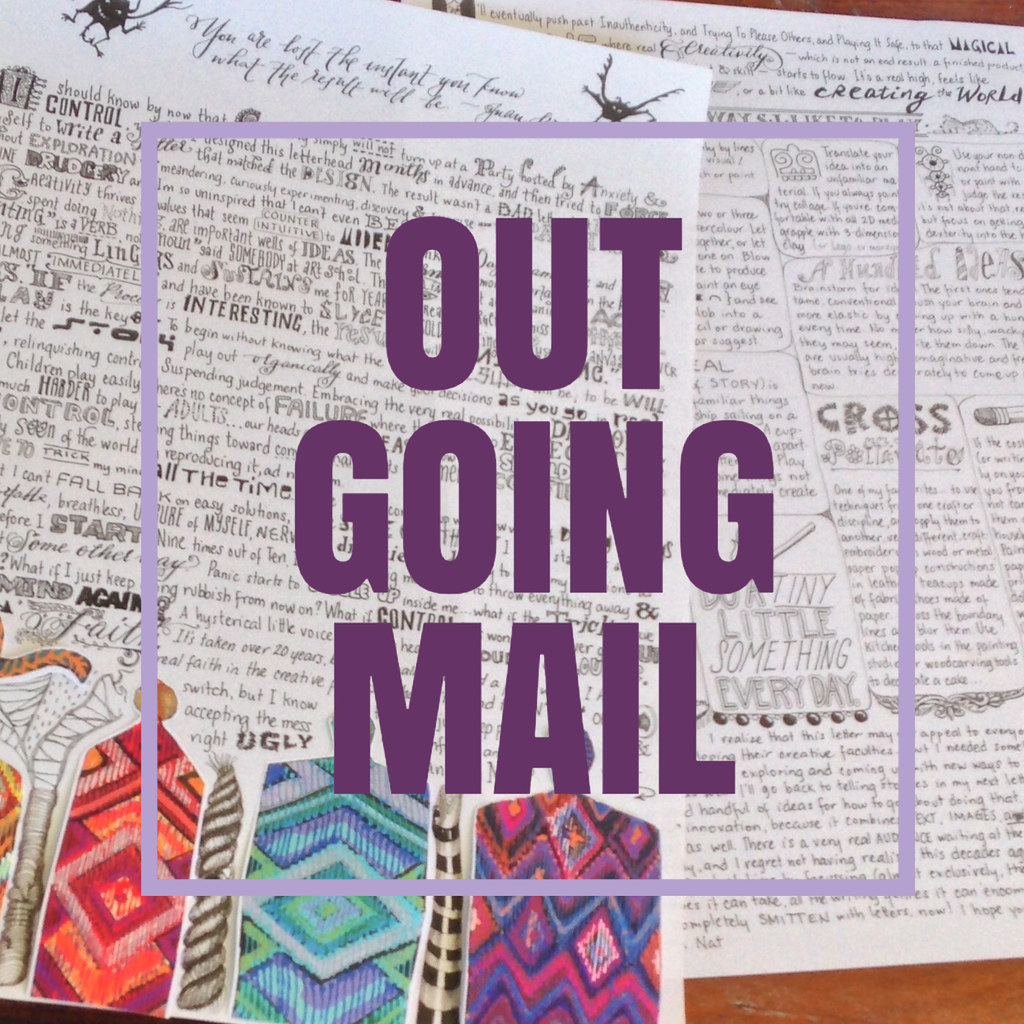 Another letter done. I’m behind on my monthly letters, trying to squeeze them in on the days that I don’t work at the art supplies shop. I have the nicest subscribers, though…nobody has written a snarky e-mail complaining about the late arrival of their letters, yet. Hopefully, when a letter finally does arrive, it proves so special that the recipient forgives me. 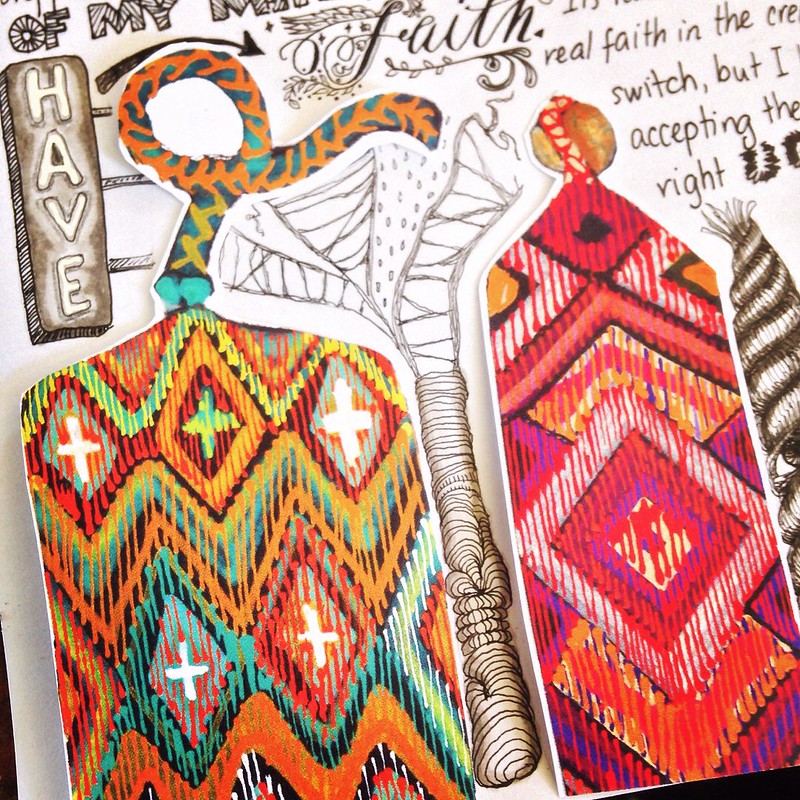 I do try to make these letters worth the money, and the waiting time. I pour most of my time and thought and material into them, these days. I haven’t even checked my receipts to work out whether I’m actually earning anything (I think I’m scared to find out that I’ve spent more than earned!) but I enjoy the work so much that if the letters simply pay for themselves (the time spent writing and making them, the envelopes, the printing, the little things I include, the postage, the art materials, the books about letter writing that I have been hunting down on the internet and adding to my library) then I am quite content.

The way I’ve justified it to myself is: I would be doing something creative like this, anyway; I can’t not draw, paint, design, write.

More and more, though, the humble letter is starting to strike me as being The Perfect Medium...better than painting, or drawing, or writing, on their own. It’s a wonderful example of Synergy…meaning that the whole is a hundred times more than the mere sum of its parts. (Aristotle)

Every new letter, for me, is an opportunity to combine—loosely or inextricably—visual elements and the written word: an idea explored in at least two ways. It’s enclosed in an envelope (that can also be a work of art) that bears the recipient’s name and address. Add to this the official postage stamps and cancellation marks of the Post Office—marks of documentation—and the letter is historically positioned, an artifact in Place and in Time.

Finally, I love that letter writing also encompasses interaction with others. Each letter is, from the moment of its creation, intended for somebody…it’s delivered by people (I often wonder about the anonymous couriers who deliver my letters) to other people. It’s a message, as well as a work of art, and its audience is woven into its making, from the start. 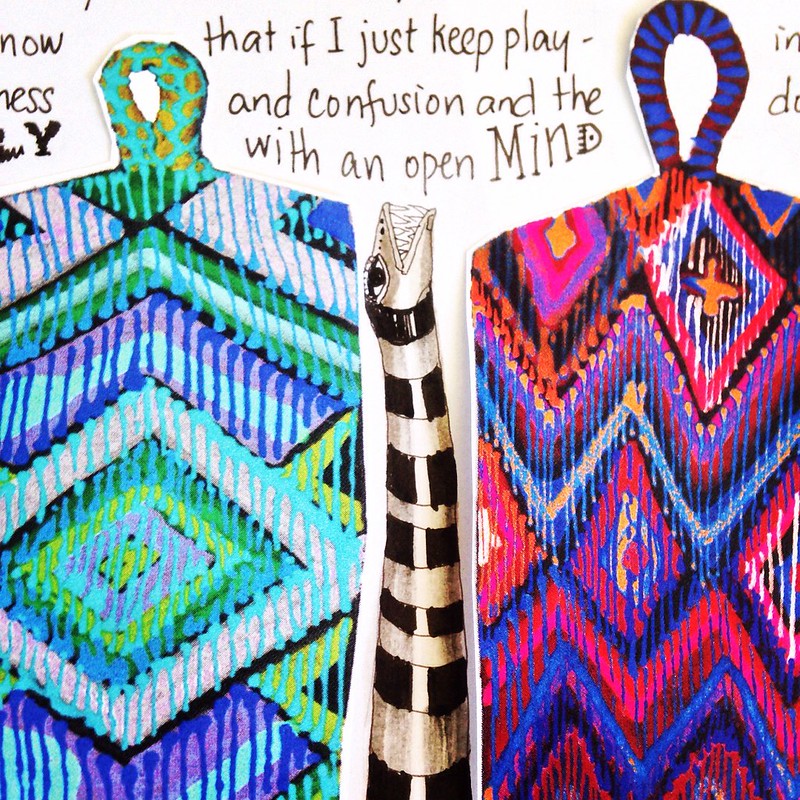 I tend to produce art in a kind of vacuum or cave, filled with echoes of my own voice. I spend four days each week confined to a houseboat in the mangroves, gazing into my head instead of out of it, painting and writing things that I often don’t know what to do with, when they’re done. Naturally, I hope that each work will find its way out into the world, though a lot of them never do…they wind up wrapped in tissue at the bottom of a cardboard box.

Since I started making these letters, though, others figure much more in what I do. I write and paint with specific people in mind…knowing, even as I work alone, that the thing I am making is awaited, expected, and appreciated.

AND it never gets boring! Which is MAGIC! Possibly the best thing about the whole project! Every month is an opportunity to try something new, to experiment with all these elements, to take them apart and recombine them without worrying that I’m producing a dog’s breakfast of  crazy, disparate works, because the letter’s very distinct form pulls them all into a coherent whole.

It really is the perfect medium. I’ve found my “Next thing”! I can’t get over it. I can’t believe it took me so long to recognise this.

“And I said, with rapture,
here is something I can study all my life,
and never understand.”

The Scarlet Letterbox is my mail subscription project. Receive beautiful letters of art and writing, in envelopes decorated with calligraphy, vintage postage stamps, wax seals and illustration, once a month, for up to 12 months. CLICK HERE for more information.

4 thoughts on “The Perfect Medium”