For my last days in Santiago de Cuba, I made an effort to “infiltrate” the life of the city and, as Rolf Potts urges in his book, Vagabonding, “say ‘yes’ as often as possible.”

It is a testament to the efficacy of this technique that my fourth day found me lounging around the living room of someone else’s apartment, late on a Sunday morning: well-rested, freshly-showered, cocoa-buttered, and barely dressed in a slinky full-length nightgown of vivid cerise, with see-through lace breast panels (also someone else’s!)

In the tiny kitchen, the owner of my risqué nightie was squinting in the morning sunlight, and cooking up a storm: soaking beans, skinning pigs’ feet, pounding spices, squeezing oranges, steaming rice, chopping onions, roasting bell peppers, and nattering on the phone. All at once, it seemed. The pressure cooker, that musical instrument of the kitchen, provided the background rhythm…chika-chik-chik-chik…

Lupe hadn’t changed out of her negligee, either. Hers was peach, with white ribbons and small bunches of embroidered roses. It was more playful than mine: every time she stooped to rummage inside the refrigerator I would look up from the book in my hand to contemplate her wobbling bum in ruffled panties, and marvel.

Not at her bottom (two middle aged women on the plumpy side of life and in the grip of Newton’s laws of gravity are not very fascinating.) Rather, I marveled that I had come, in just 4 days, from being a tourist and spectator on city streets to spending the night in someone’s home, and was now drinking coffee, flipping through local TV channels, and scrutinising photo albums on the doily-draped couch, while the pink polish that Lupe had applied to my toenails dried.

A couple of days before I had been browsing a display of music CDs in town, and got into a conversation about son de Santiago de Cuba with the woman standing next to me, also buying CDs. She introduced herself as Lupe, and helped me pick out an excellent sampling of local musicians, many of whom I eventually met at different venues around town. She was very up to speed on the music scene.

“There’s a group playing at La Trovita on Saturday night that you must not miss…the Septeto Turquino. They’re incredible!”

“I would love to hear them,” I told her, “but I can’t stay in the city past 5 p.m., because I have to catch the ferry to Punta Gorda, where I live on a sailboat. I can’t afford to stay in the tourist hotels around here.”

I told her, and she gave a little squawk of surprise. “But you look perfectly Cubana!” Then her eyes lit up with excitement as she formed a plan. “Mira, meet me at La Trovita on Saturday, at 9 p.m., and after the show you can spend the night at my place…the neighbours won’t know you’re a foreigner.”

It is still illegal for Cuban citizens to take in foreigners. It can be done if their homes are registered as privados (they pay heavy taxes to the government for the right to turn their homes into boarding houses) or if, months ahead, the visitor applies to stay with a specific individual (on the grounds of being a relative or close friend.) Approval of such an application can take a long time while the Cuban citizen is subjected to questioning, security checks, and surveillance during the visit to ensure that she is not running an illegal business, or salting away hard currency. 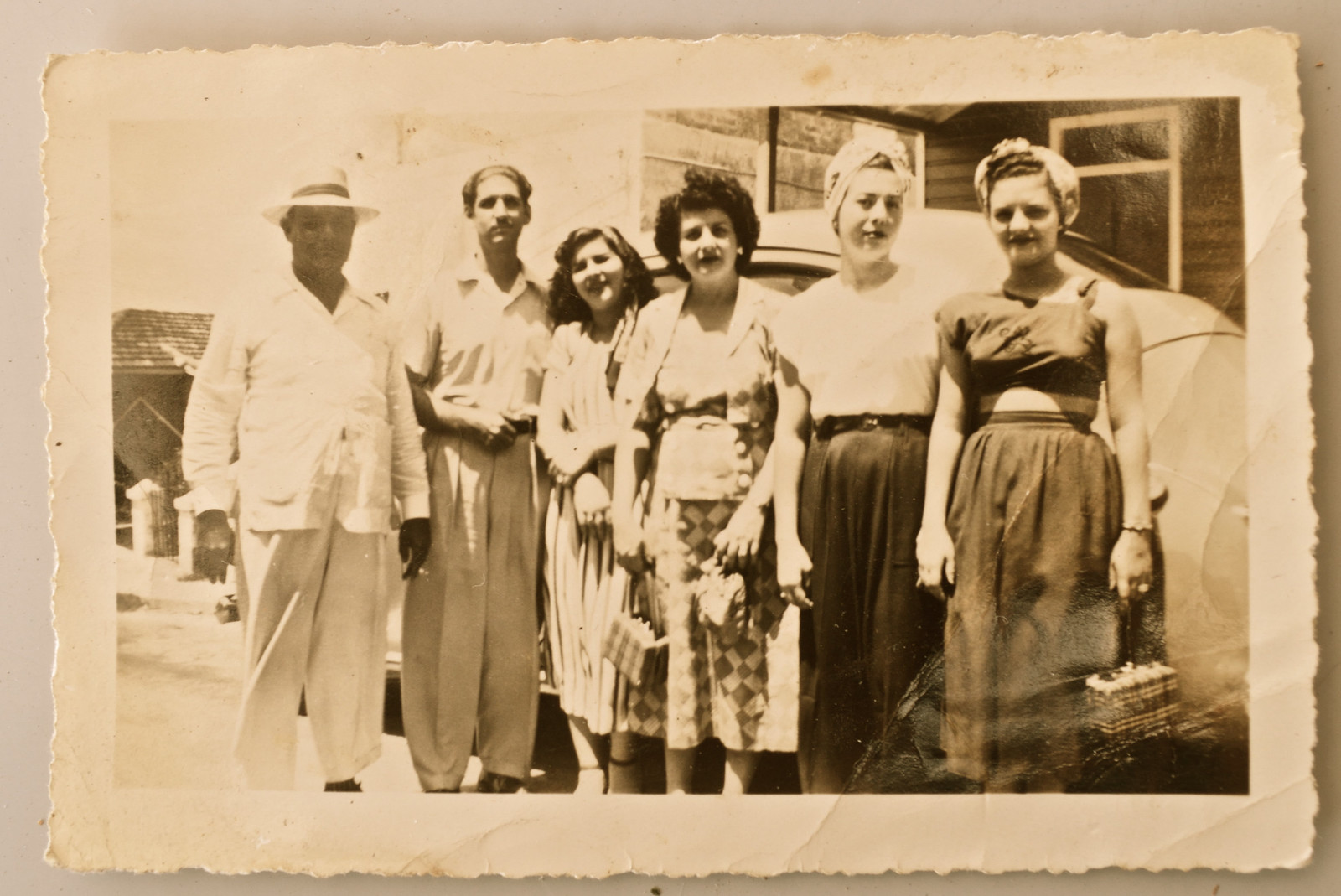 I was in town by noon on Saturday, because of the ferry schedule, with nine hours to kill. Waving down a motorcycle taxi from the esplanade (they carry an extra helmet…you strap your helmet on, get behind the driver, and put your hands on either side of his waist. Putting your hands on his shoulders implies a more intimate relationship. I only learned this afterwards) I jokingly asked for an experience “con emoción“, and he obliged me by practically flying over the tops of steep hills, leaning deeply around corners, and weaving through vegetable carts on market streets. I loved it, though my heart was in my throat the entire time. When I alighted, my cavalier motorcycle stuntman kissed my hand and proposed to me. I have never walked around a city, laughing, as much as I did in Cuba.

I bought some black and white photographs—anonymous adopted relatives, I decided—from an old man with a shoe box full of them. At Manolito del Toro’s I picked some poetry books, and the late Oscar Hijuelos’ last novel, Una Sencilla Melodia Habanera. I drifted through parks where angry geezers were slapping domino tiles down like gunshots. It was with a sigh of gratitude that I sat down to listen to Chely Romero’s afternoon performance at the Casa de La Trova…at least I didn’t have to go anywhere for a while. By five I was back on the street, peckish (but after buying books and giving money to Chely and Nando, I was close to being broke) and adrift again. In the Parque Cespedes locals and tourists strolled about in the cool air of evening. I read for an hour, by the park’s blazing lampposts. Santiago’s symphony orchestra assembled, and treated the public to an hour of waltzes. I walked slowly past La Trovita twice, to see if Lupe had turned up, but the place was closed.

Around me tourists were hurrying in droves toward a street party one block away…frenzied crowds and costumed mascots with giant cartoon heads whooped and gyrated in the spotlights to mad African drumming. I paused; I didn’t feel like diving into that crowd of drunken revelers. I was standing in front of the Casa de Las Estudiantes and caught a faint bolero drifting from the balcony. The stairway was deserted and unlit, though the doors were open and a weak light came through the windows. I left the crowds on the sidewalk, and slipped into the building.

It was like coming upon a scene from The Twelve Dancing Princesses, except that all the princesses and their courtiers were in their seventies. In a corner the band was playing slow boleros. Wooden chairs ranged against the walls, encircling the dance floor where elderly Cuban couples—the men in formal white guayaberas, the ladies in floor-length evening dresses and crocheted gold slippers—wheeled in a slow circle around the room. Heads turned when I came in, then looked away: I was just a tourist in the wrong building, and they seemed neither glad nor irritated that I was there. I didn’t exist. 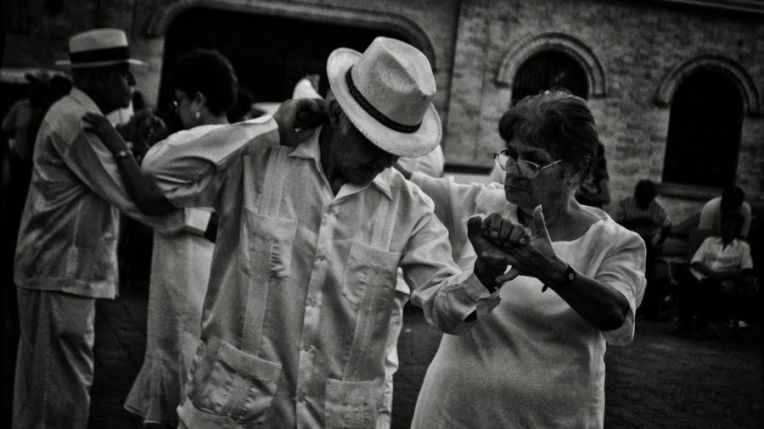 I moved discreetly onto the balcony, where I could watch from the shadows.The salon was under a spell. There was no laughing, smiling, or animated conversations. Tilted faces murmured to each other inaudibly, gravely, as though this shuffle-dance demanded the utmost concentration, and nobody was here to merely socialise.

It was beautiful and melancholy, like something from a Garcia Marquez novel…as though the dancing were driven by instinct, something the body was compelled to do, even though old bones were now infirm and the heart, in its wintertime, had been through so many gales that smiling was unthinkable.

In a town overrun by thousands of young Cubans and tourists swept up in the craze for salsa and Afro-cubano beats, this cluster of elderly people was weathering the storm in intimate gatherings that they kept to themselves: no announcements, no foreigners, no flashbulbs going off, no passing a hat around, afterwards.

Not long after 9 p.m. Lupe turned up, and we went next door for three hours of awesome, big band salsa music by Septeto Turkino. My hostess was somebody in the music industry (I never found out what she did) because she entered La Trovita for free, and musicians and band members came up to her all night to pay their respects. At two in the morning we decided to leave while the party was still at its peak (I learned this from Cubans: don’t wait for things to go stale or stupid…get out when things are at their best, and take away an undiminished experience of the evening!) We caught a 1953 Chevrolet taxi to her apartment block, the wind streaming through the old car as we rolled along empty streets. Wearing the absurd nightgowns, we crashed in our respective beds like two teenaged girls after a wild night out. 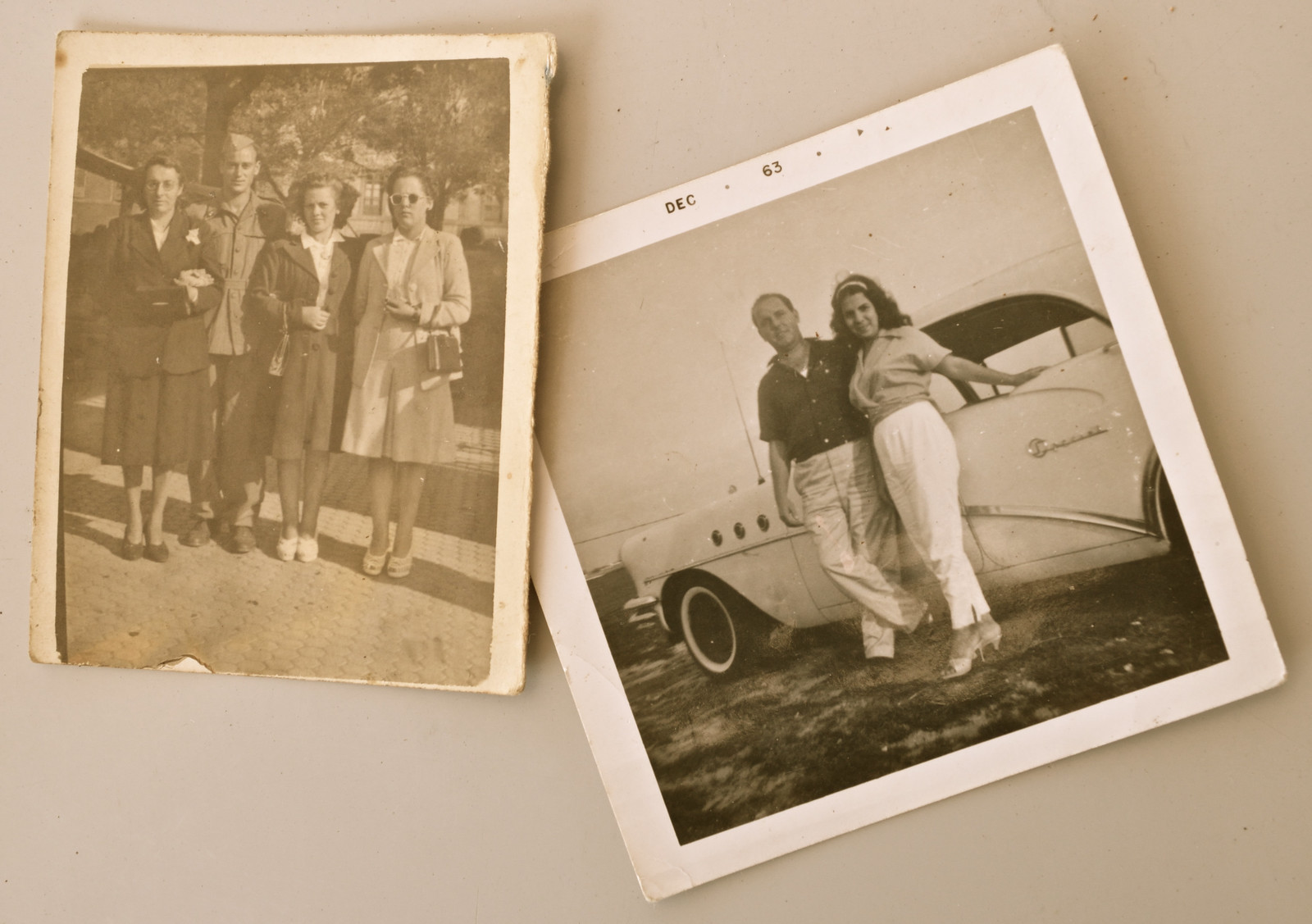 And that, dear reader, concludes what I have to say about Cuba! 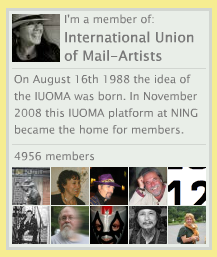