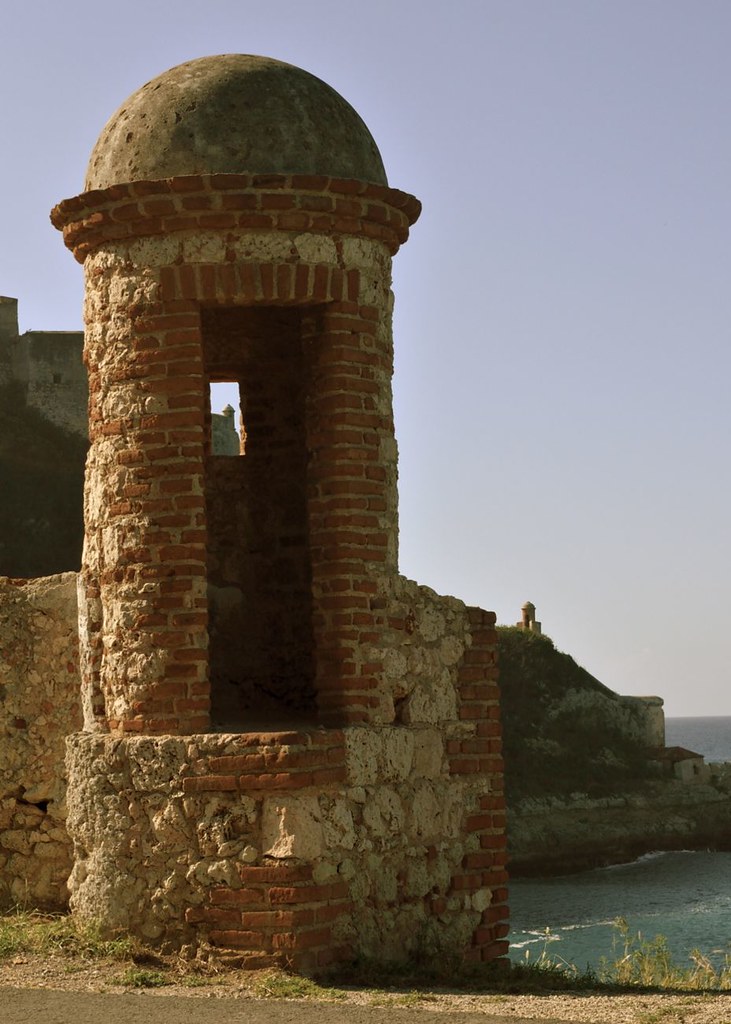 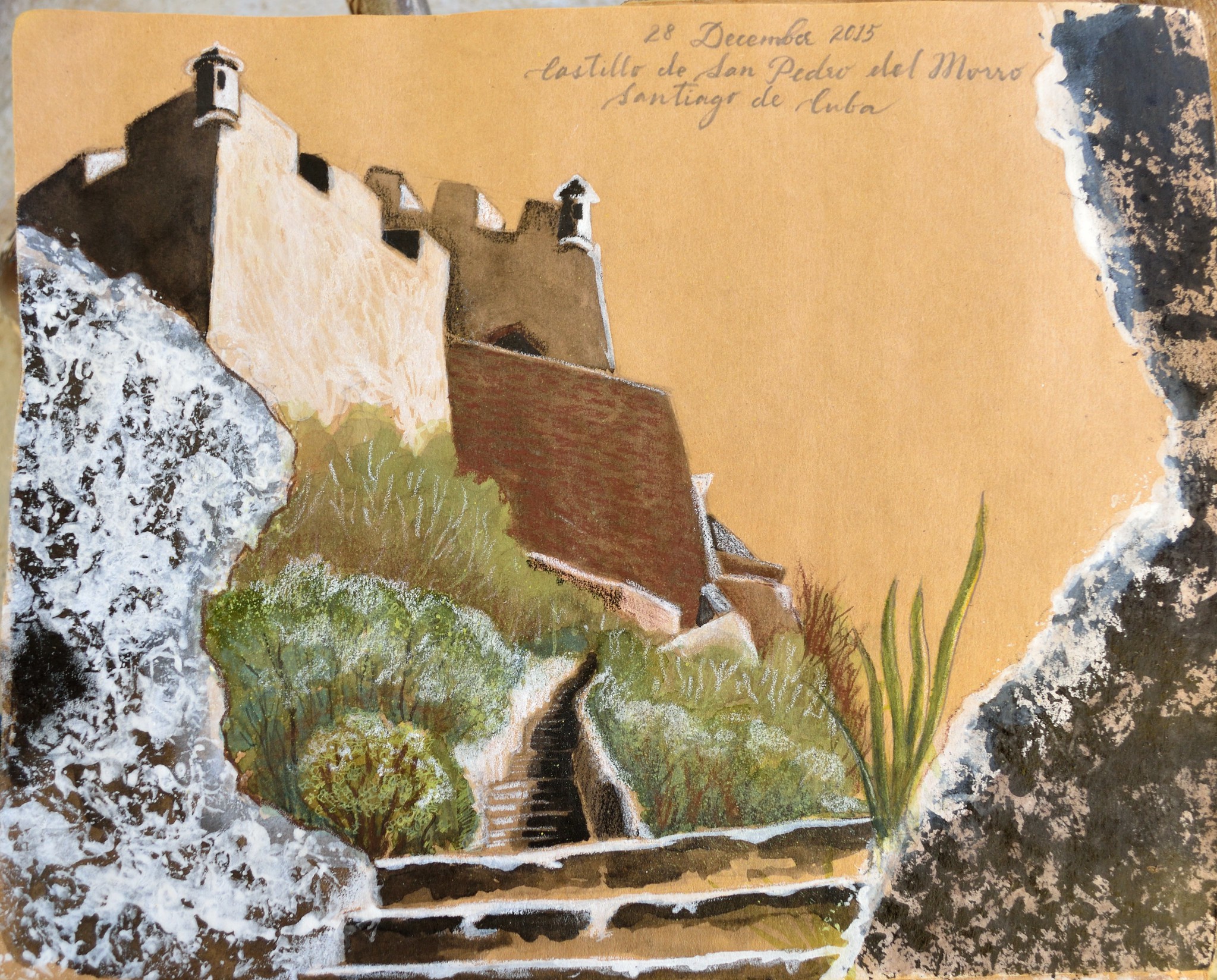 The first week we were in Santiago de Cuba, we did the tourist thing and paid a day’s visit to the Castillo de San Pedro de la Roca fortress, at the entrance to the harbour. 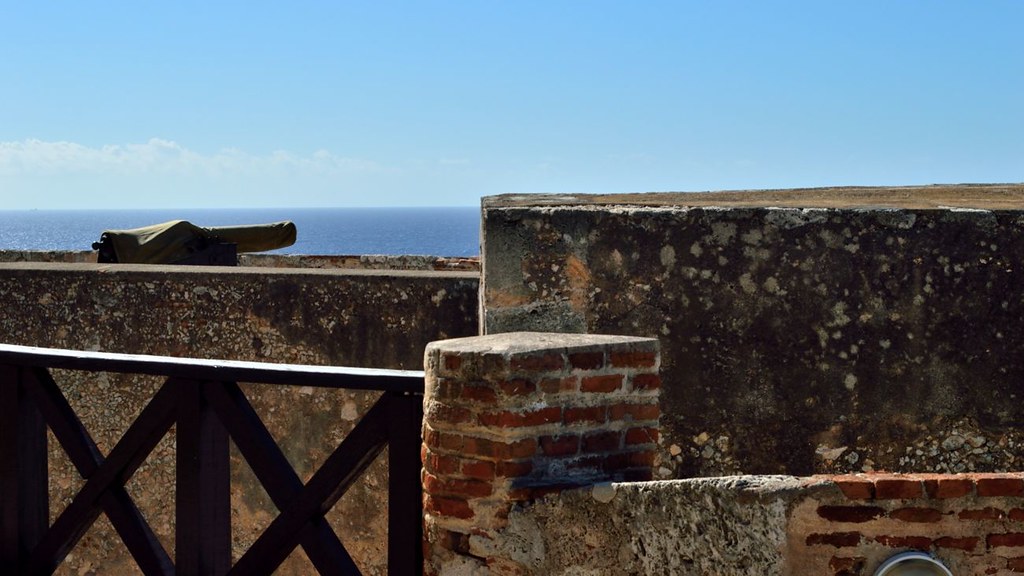 Instead of taking a tour bus or a taxi, however, we caught the inter-island ferry from the stop near the Marina Marlin to the next stop, Ciudamar. From here, we walked the winding road only as far as Los Veleros beach resort. If you cross their beach to the overgrown hillside opposite, you find yourself on a narrow trail that will take you into a side entrance in the fortress, halfway down the hill. 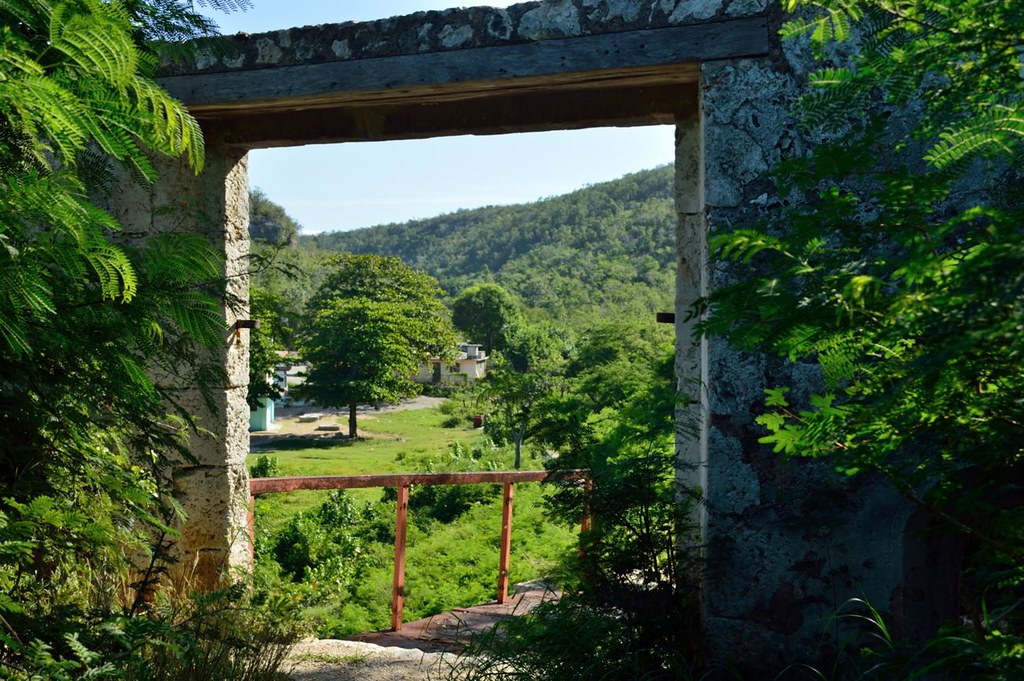 You’ll still have to go from here up to the entrance (if you get caught, anyway, and if you want to see the exhibits inside the main part of the castle) to pay the fees. CUC 4.00 per person (about $4), and an additional CUC 5.00 per camera. 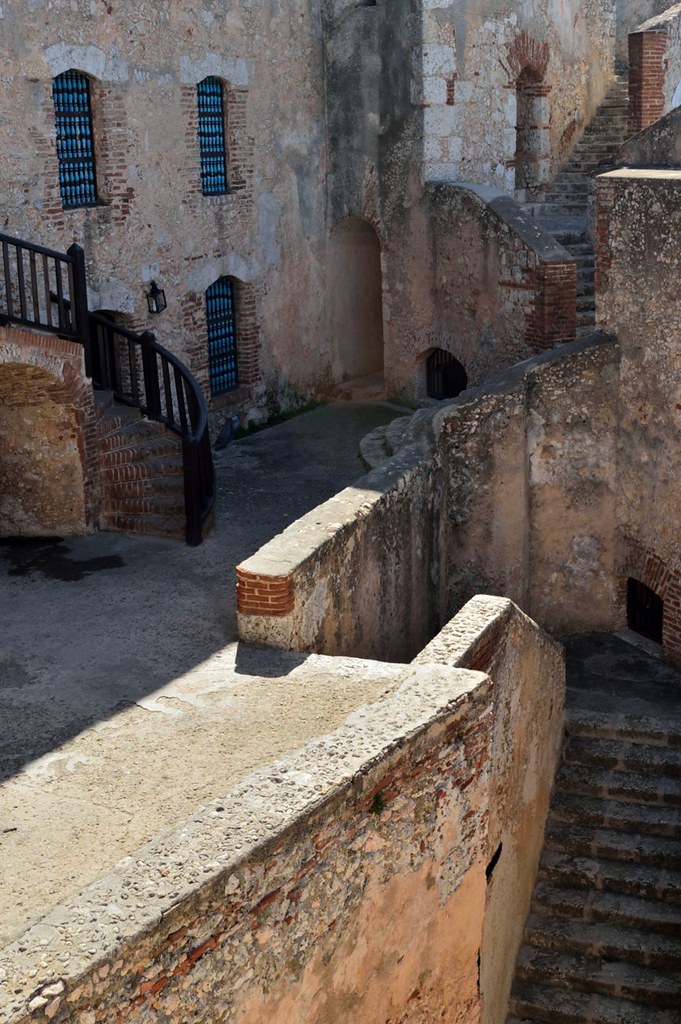 Designed in 1637 by Giovanni Battista Antonelli, and more or less completed in 1700, El Morro was taken, or repelled attacks by several of the notorious privateers that plagued the Caribbean. 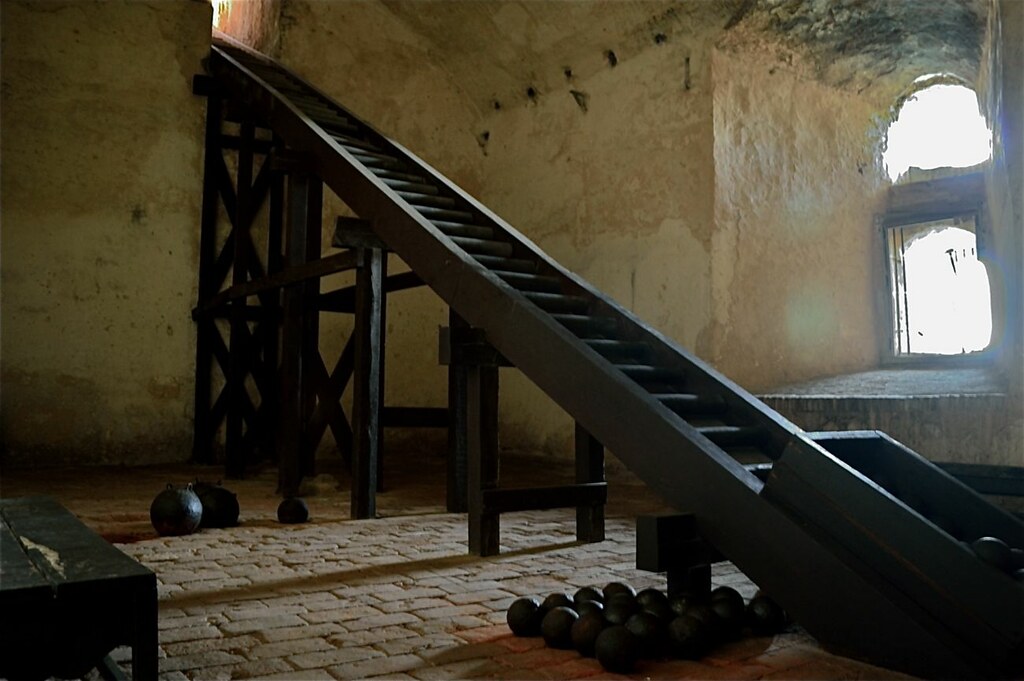 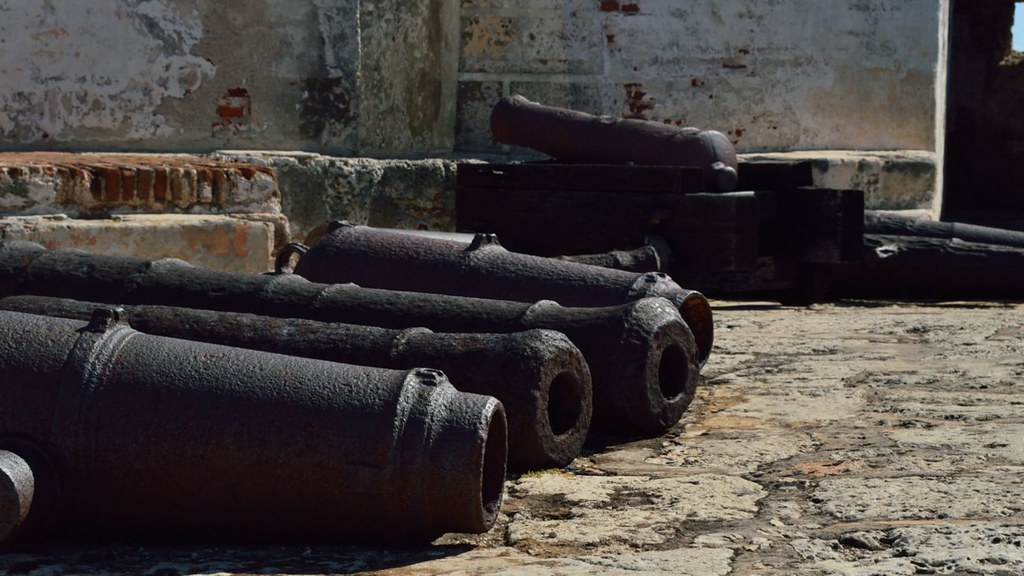 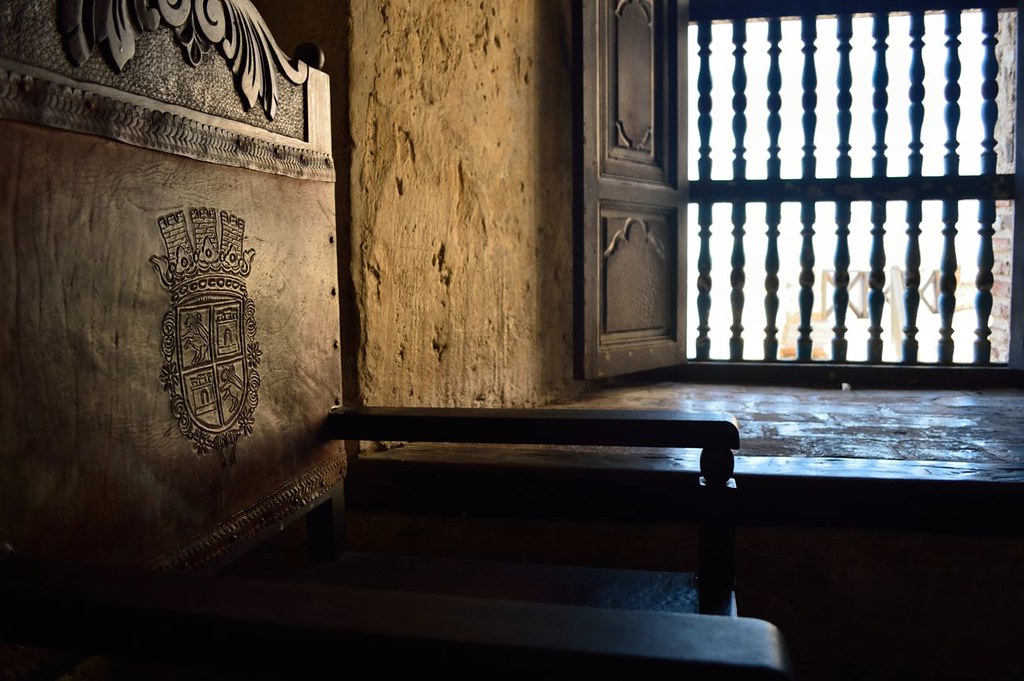 During the 20th century the Rock fell into decay, but it was restored during the 1960s by Francisco Prat Puig. 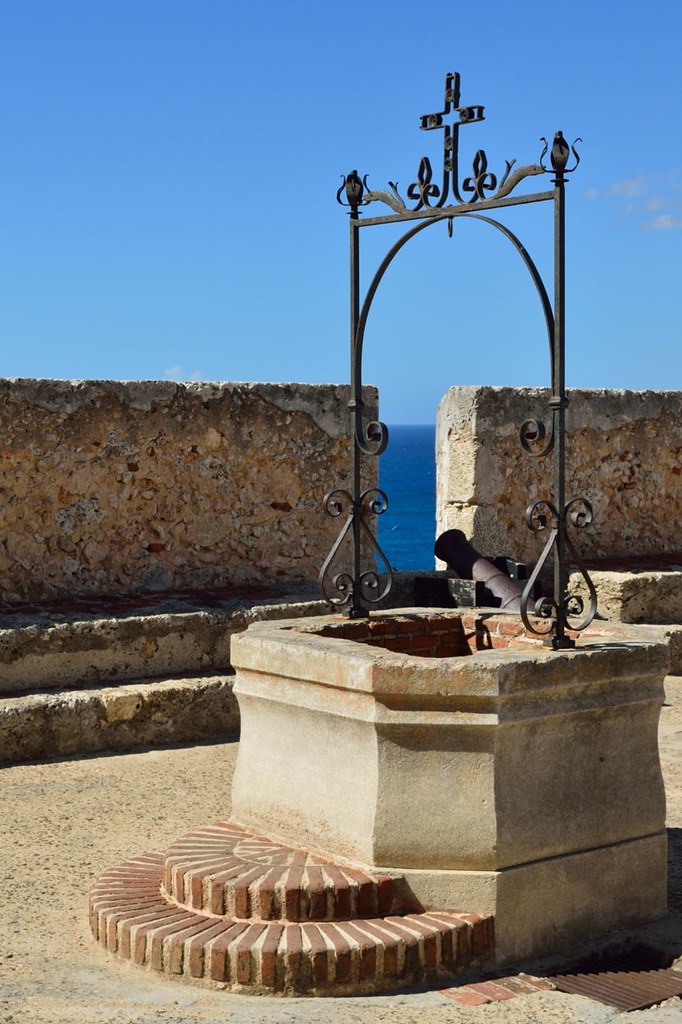 The fortress was declared a World Heritage Site by UNESCO in 1997, cited as the best preserved and most complete example of Spanish-American military architecture. 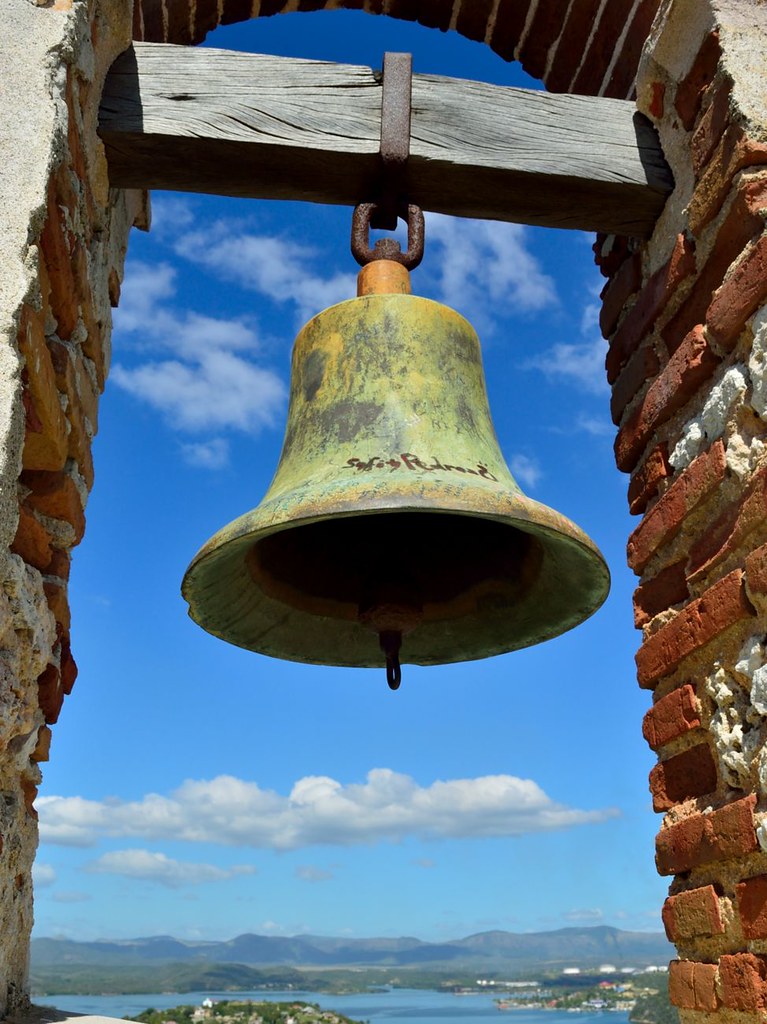 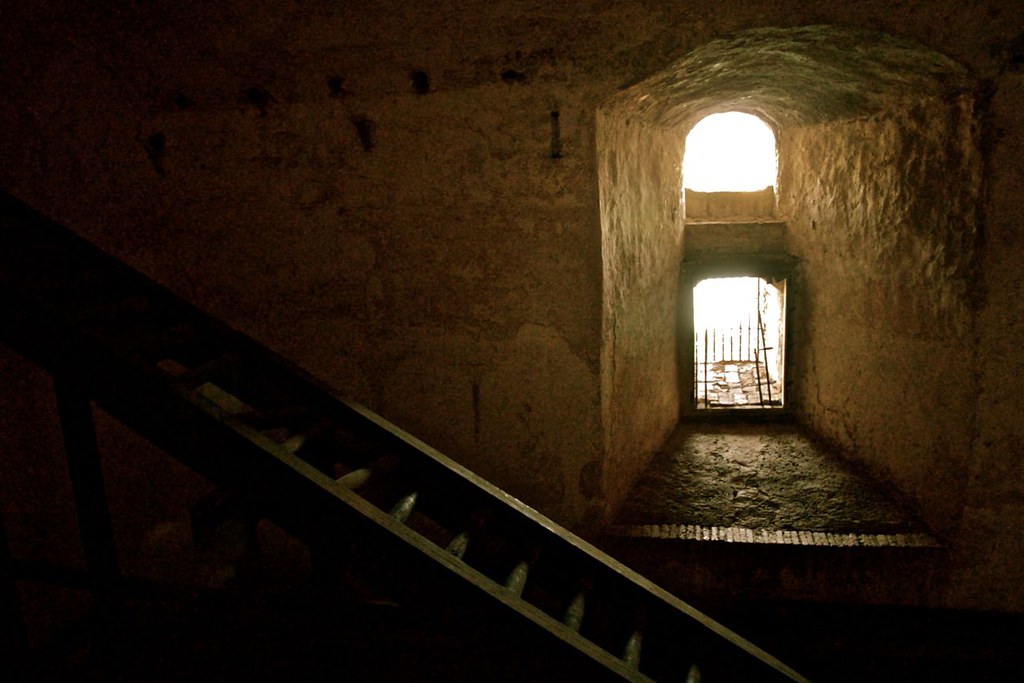 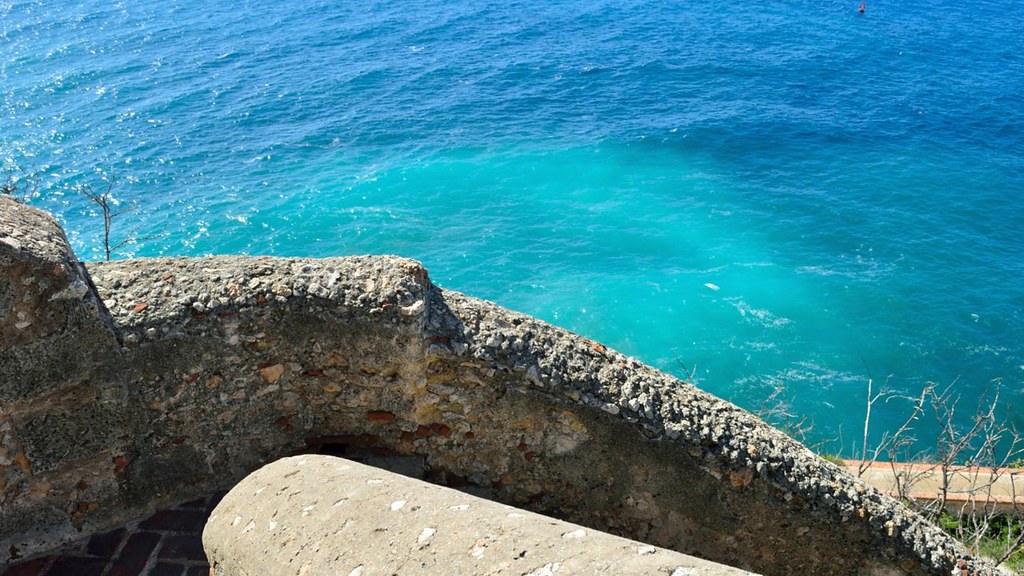