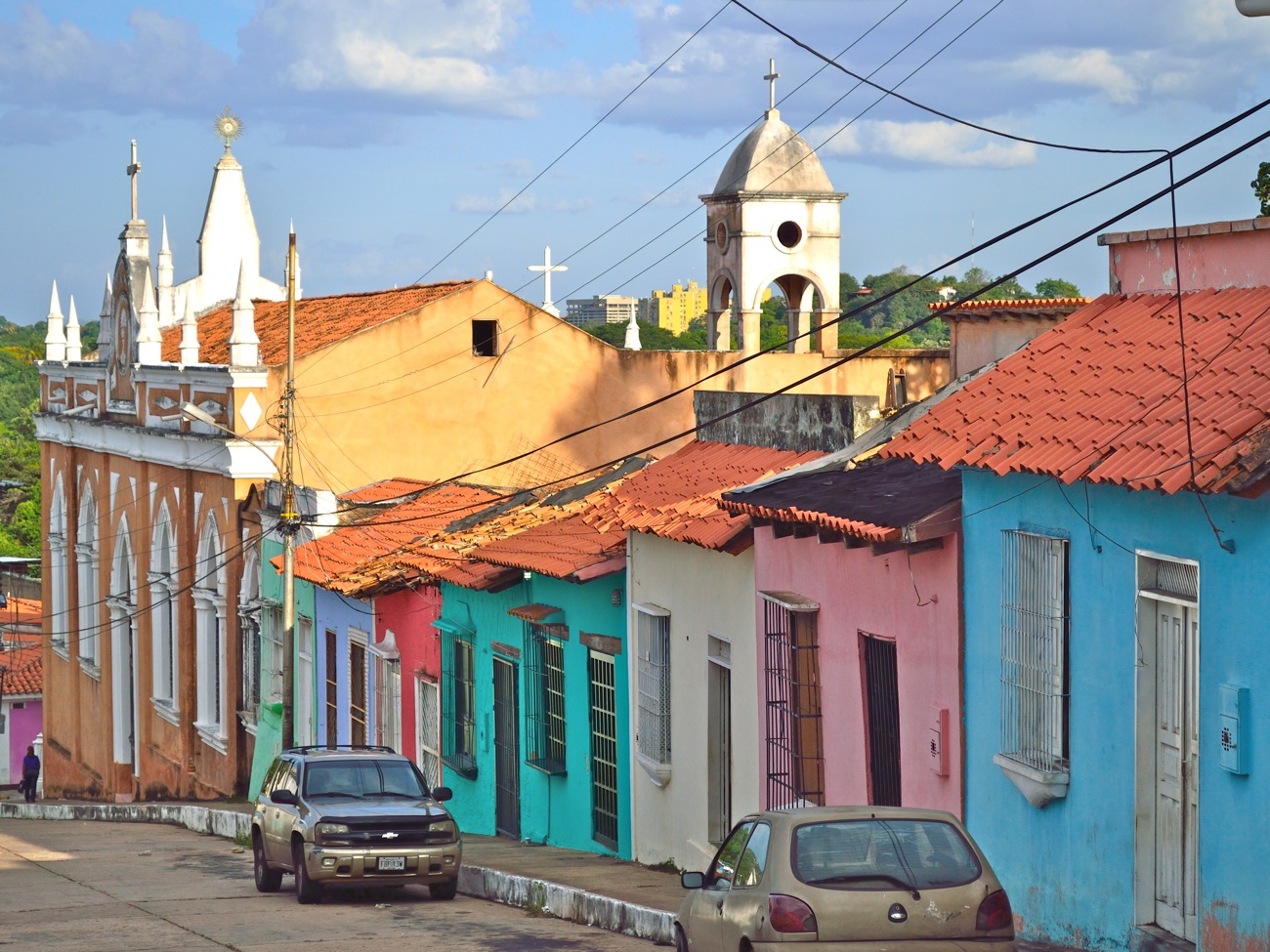 After much trouble trying to rent a car and make various other complicated travel arrangements, to no avail, Kris and I just packed a couple of backpacks last Monday the 21st, and went to the central bus terminal in Puerto La Cruz at 7 a.m. We’d decided to catch the first available bus (that didn’t have huge queues) to any of the states in Venezuela that were on our wish list.

There were no buses, except to Venezuela’s capital, Caracas (definitely didn’t want to go there!) but, as luck would have it, a por puesto taxi (literally ‘per position’: one seat in a regular air-conditioned car that takes four passengers, $3.00 each) was leaving for Ciudad Bolívar. We were thrilled, as this destination is at the top of our Venezuela list, so off we went. 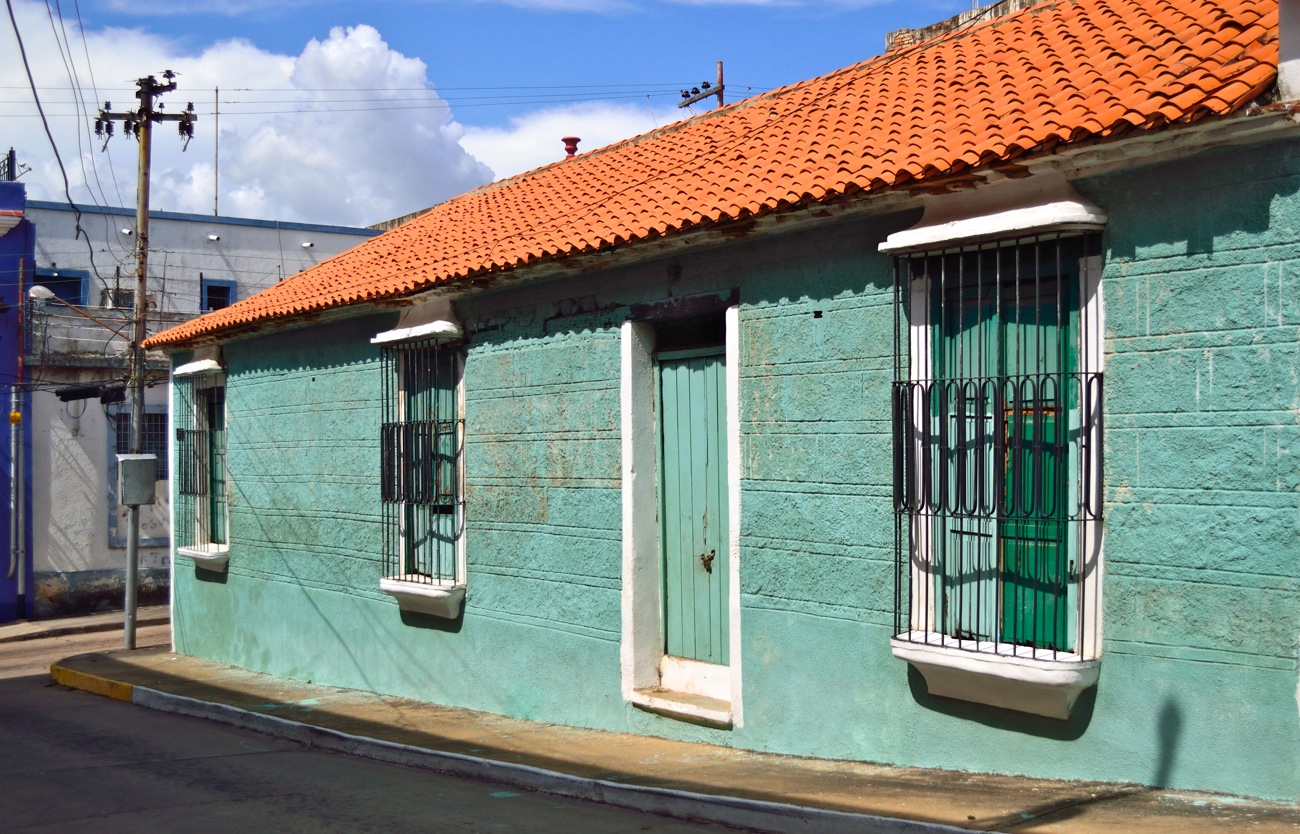 Ciudad Bolívar is the gateway city to Canaima National Park, which is the place to experience, among many other stunning natural wonders, the famous Salto Angel, the world’s longest waterfall, as it plummets silently for nearly a kilometre, down the sandstone rocks of Auyantepui in the Gran Sabana region of Bolivar State. 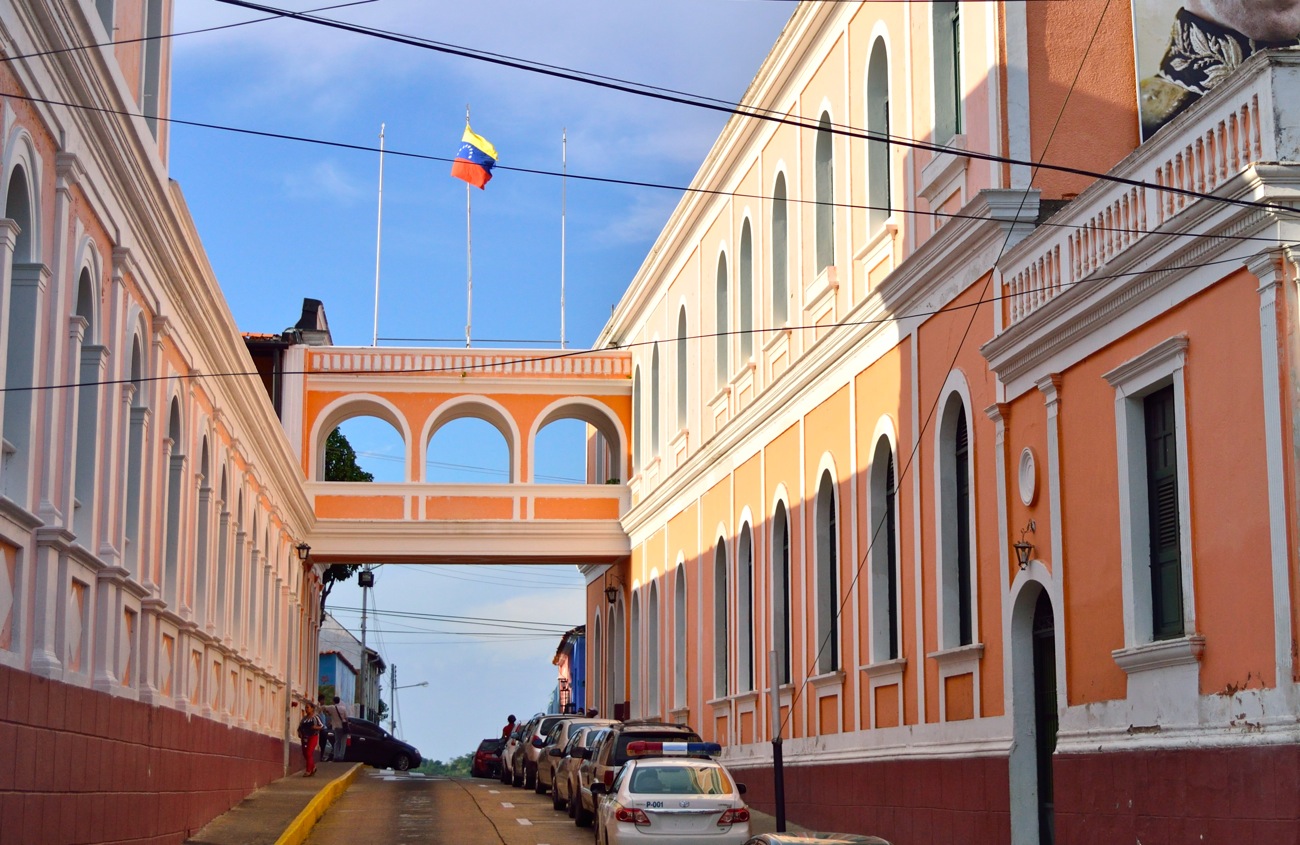 We arrived from Puerto La Cruz three hours later, then spent most of Monday at the city’s small airport—where all the tour agencies for the remote Canaima are located, and little four-seater planes take off throughout the day, carrying people across the vast wetlands and the Gran Sabana, through which there are no roads—haggling and pitting one agency against the others in order to crank the prices down as low as possible. Finally we made our choice, pushed one agent against the wall (metaphorically!) and booked with a small agency run by a family of Peruvian immigrants ($200/pax) 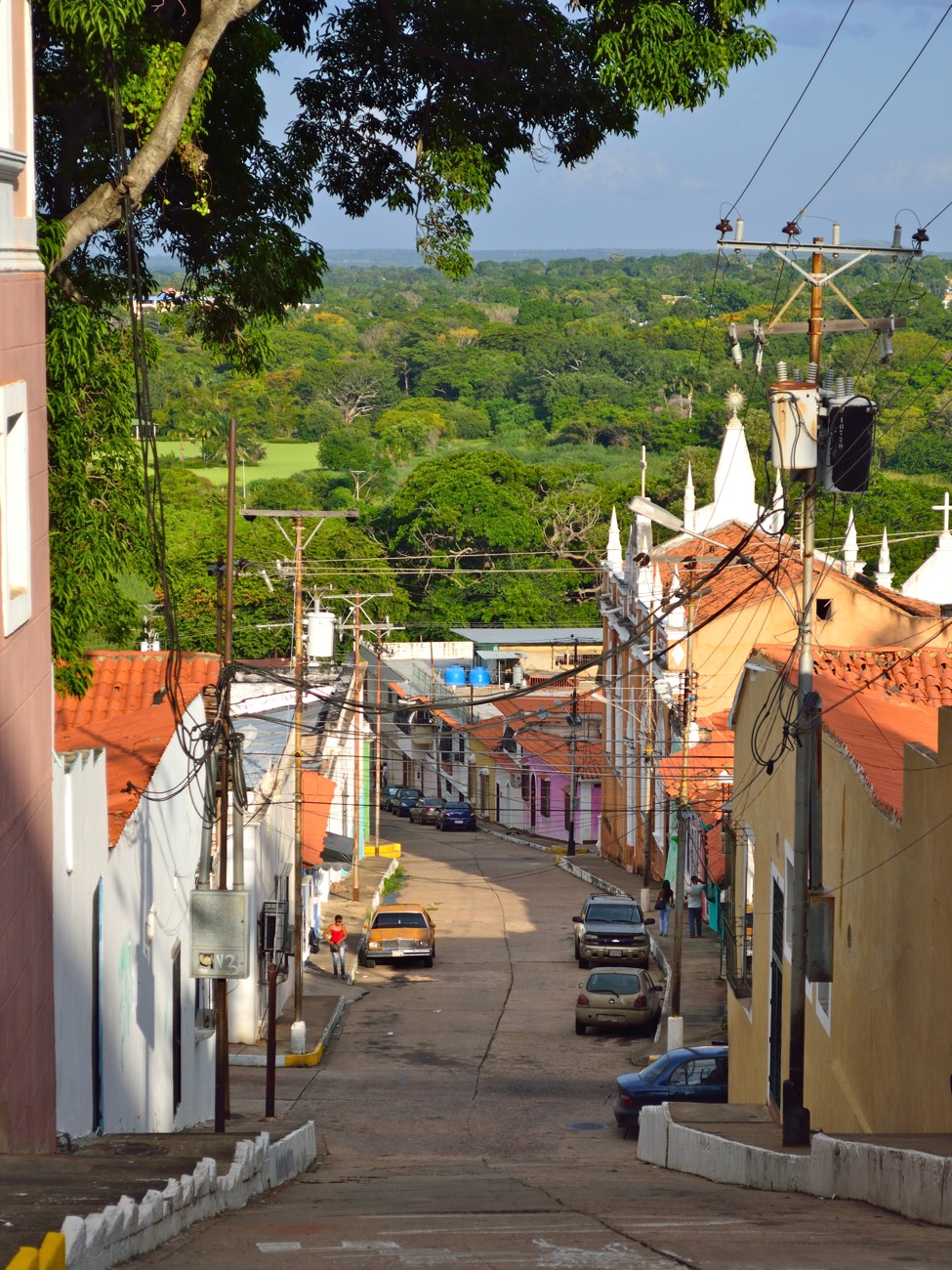 We had to spend a night in Ciudad Bolivar, and would leave the following morning. We took a taxi to the casco historico, the old colonial part of the town, built on hills overlooking the Orinoco River, and booked at Posada Don Carlos, a really lovely bed & breakfast located inside a meticulously restored colonial house on a quiet street. 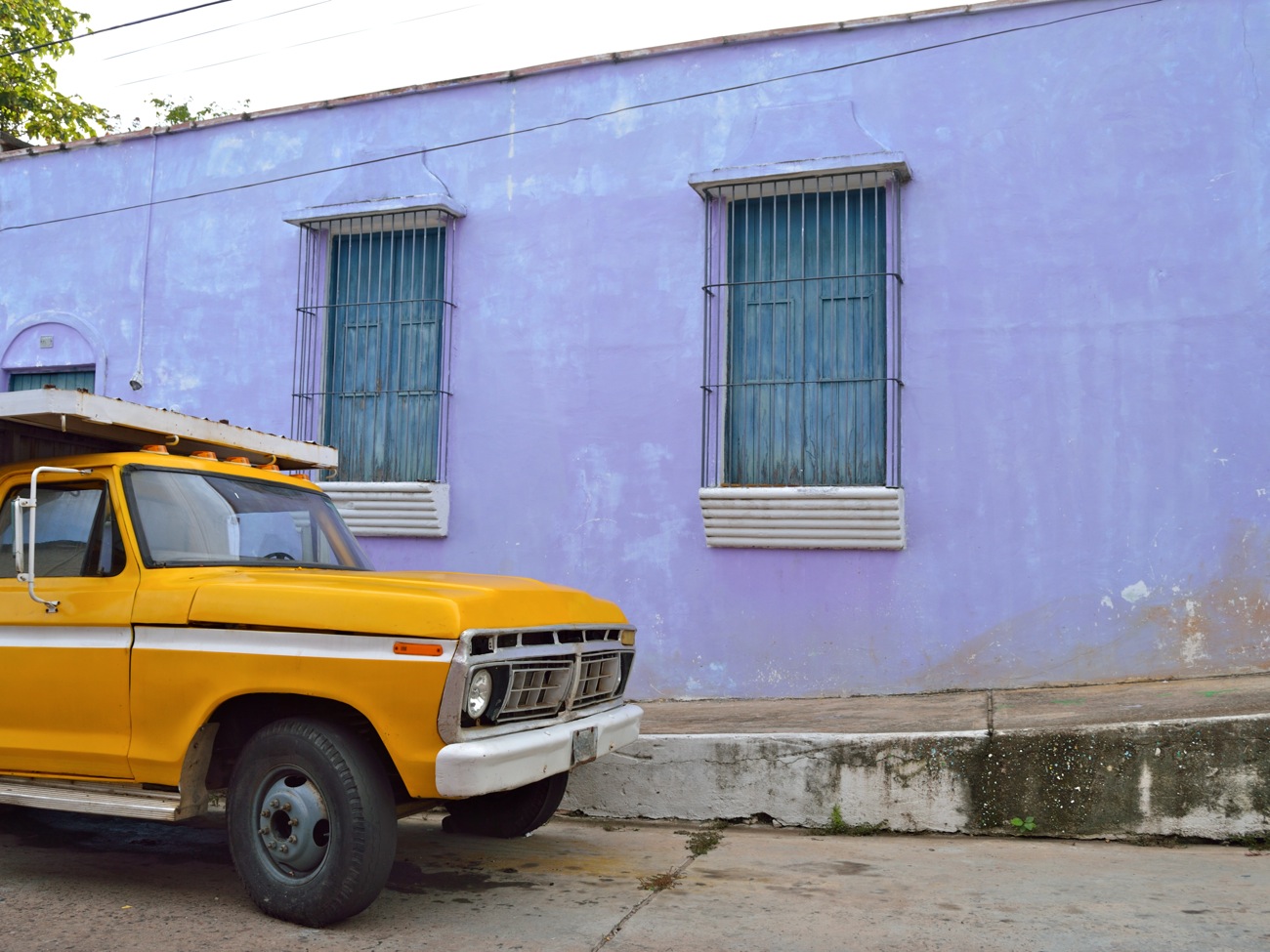 We deposited our bags, had a shower, changed, and then went out to wander the streets of the old town, with camera. Also, we were looking for dinner of some sort, as the Posada doesn’t do lunch or dinner. The rest of these photos are pretty much more colonial streets and houses… 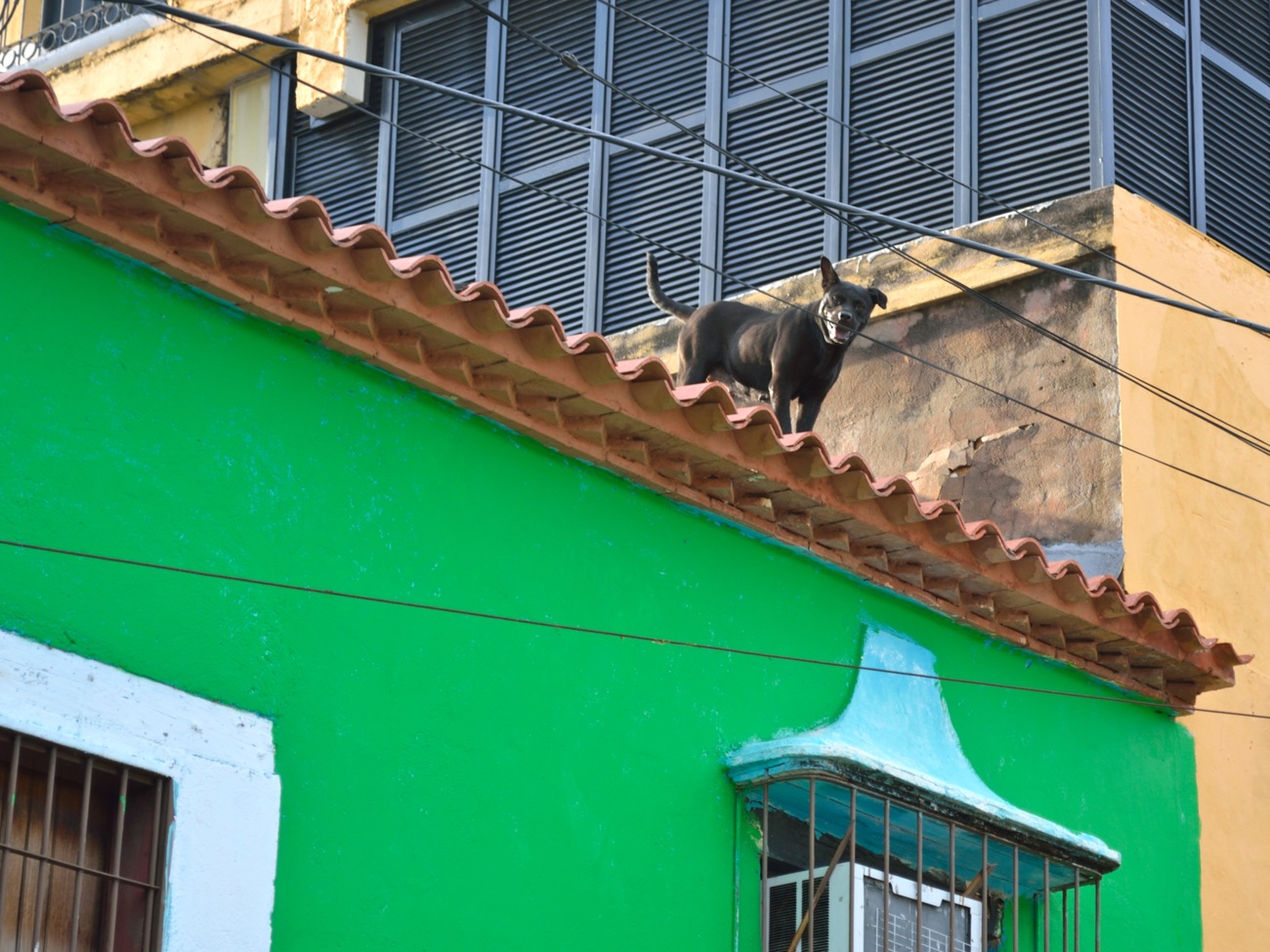 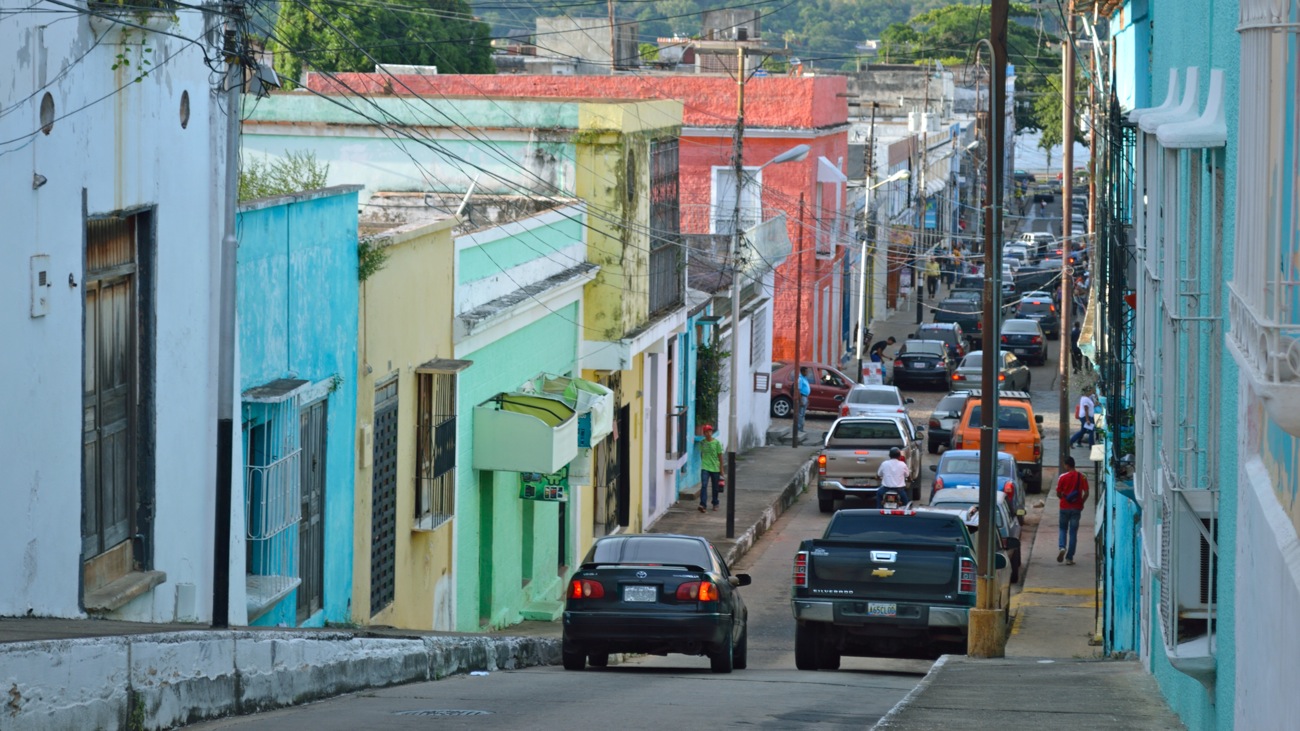 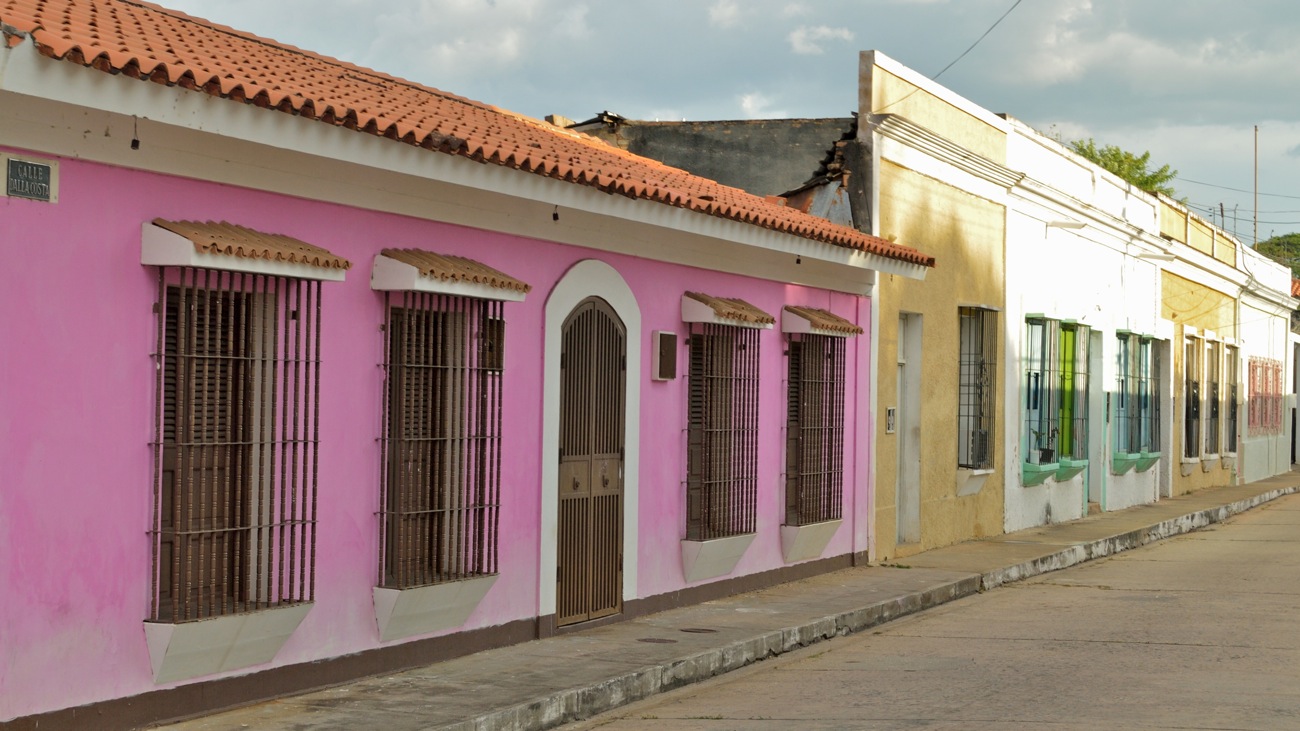 …except for this last one, where we turned a corner at the top of a hill, and I managed to snap a bit of the state’s beautiful bridge, Puente Angostura, before night fell. The great river it spans is The Orinoco, river of legends, songs, explorers, and dreams of centuries. 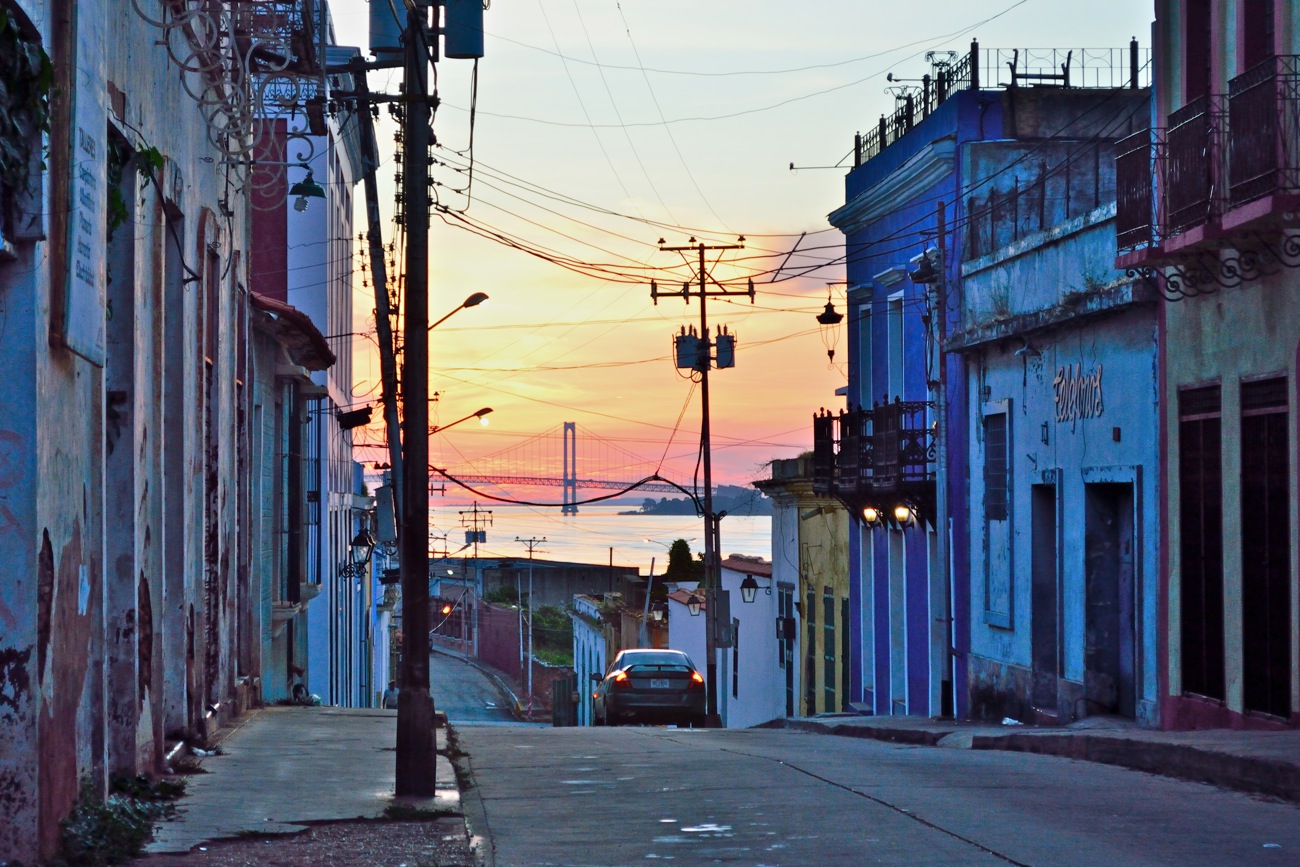