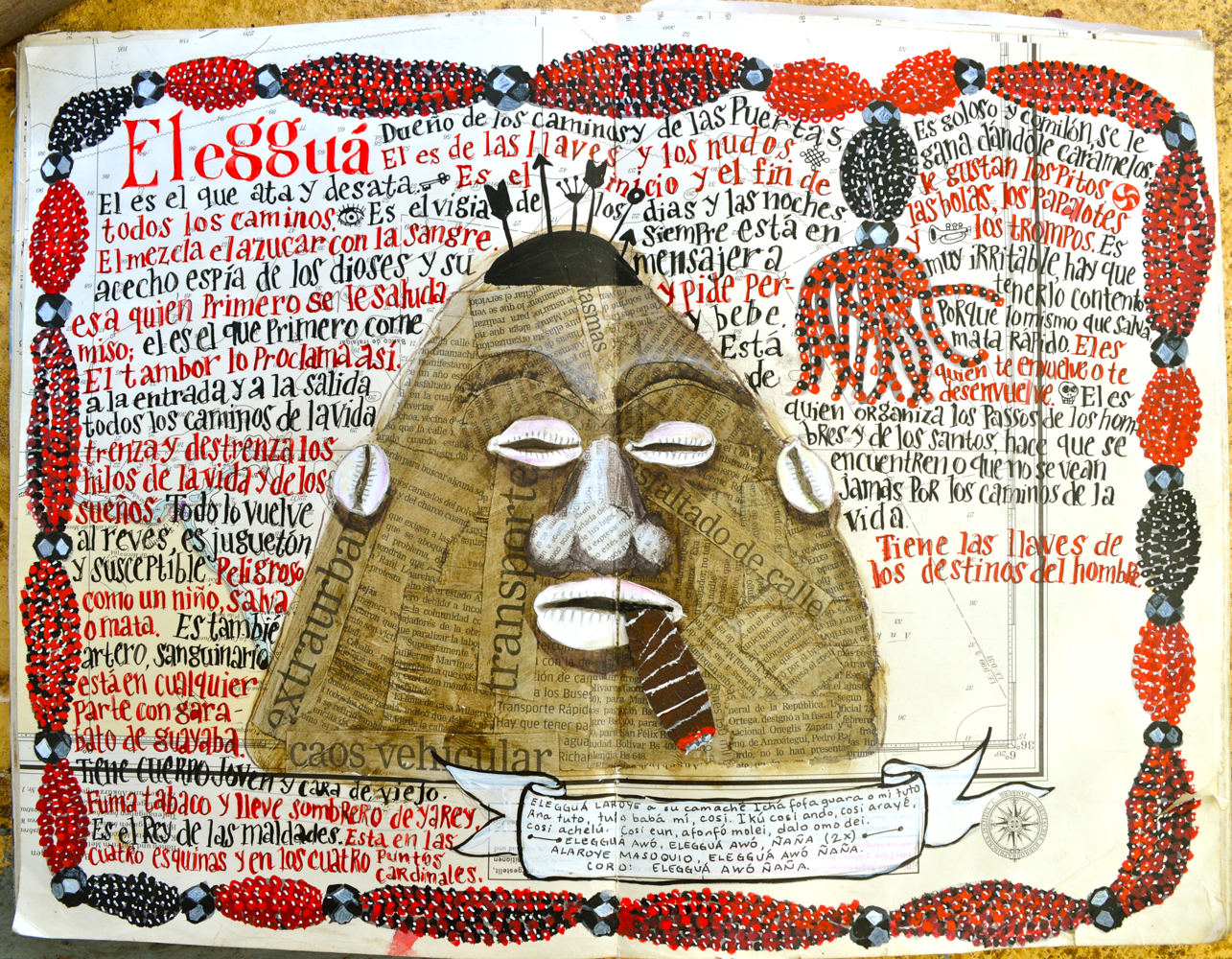 Based on all the reading up we’ve been doing on Orishas, I painted an Elegguá spread of pages in my journal.

Kris had bought an Elegguá necklace (two feet long!) and I drew it as the border. Then, I “made” my own 2D version of the orisha. Traditionally, every Santero has to build his own Elegguá—usually just a mound or cone of soil, clay, or cement—using dirt from a crossroads, a cemetery, a prison cell, a bakery, the entrance to a church, and an open field. I made mine from a collage of local newspaper items about traffic lights, obituaries, prison cells, flour shortages, religious events, and cattle ranchers, plus bits and pieces about roads…close enough! Cowrie shells (called caracoles) are used for the eyes, mouth, ears. I painted my caracoles, and stuck them on. I even gave him a paper cigar… 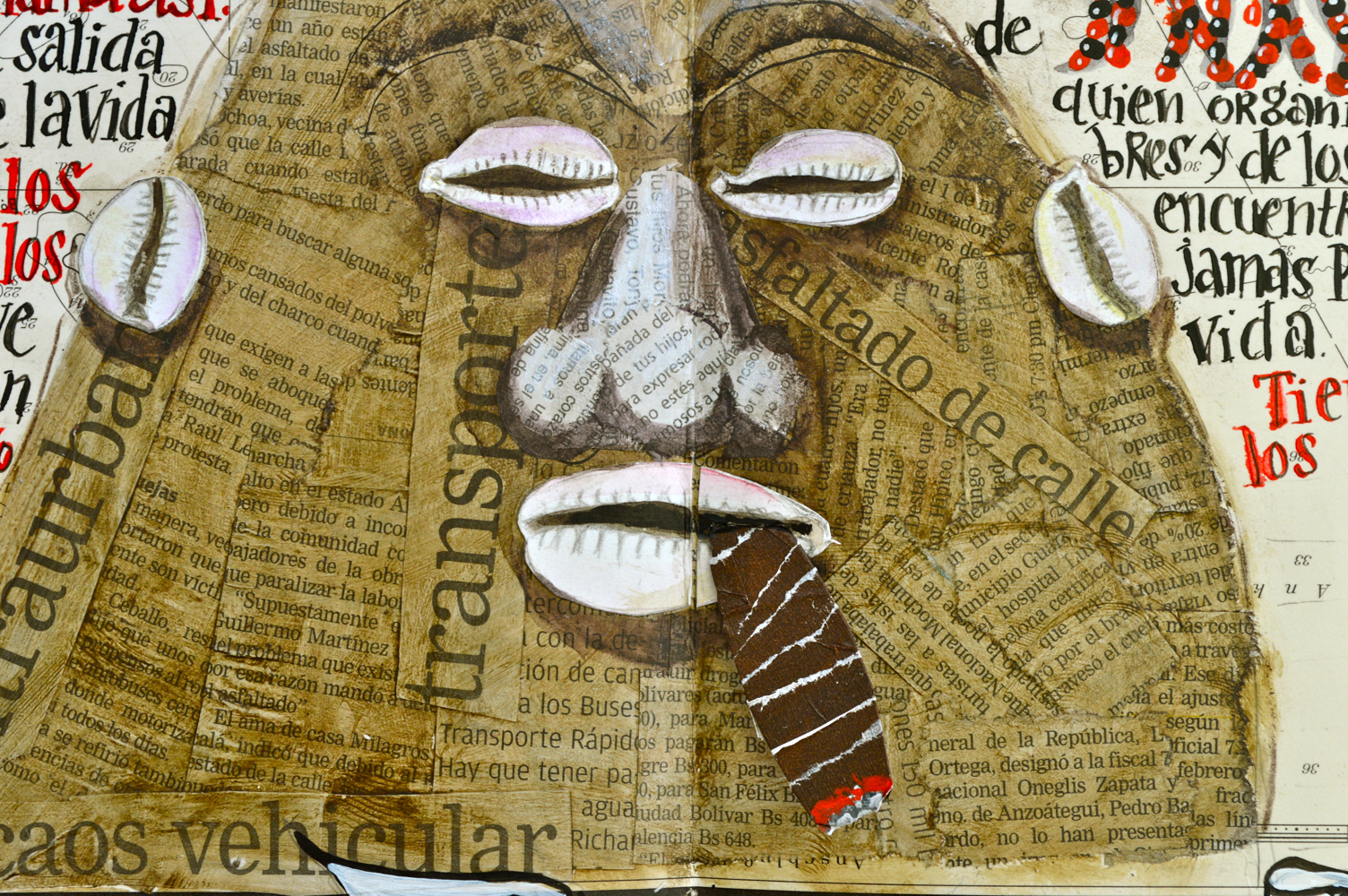 The text around my Elegguá is just a Cuban Santero’s description of the orisha…his powers, his character, his areas of influence, his roles among the other orishas…

Elegguá is the master of pathways and doorways.
He is of the keys and the knots.
It is he that ties, and unties.
He is the beginning and the end of all paths.
He is the sentry of the days and the nights.
He mixes sugar and blood….
Everything is turned upside down, he is playful and sensitive.
Dangerous, like a child, he rescues or kills.
He is also tricky and bloodthirsty….
He is greedy and gluttonous, you win him over by giving him sweets.
He likes whistles, balls, kites, and spinning tops….
He holds the keys to the destinies of man. 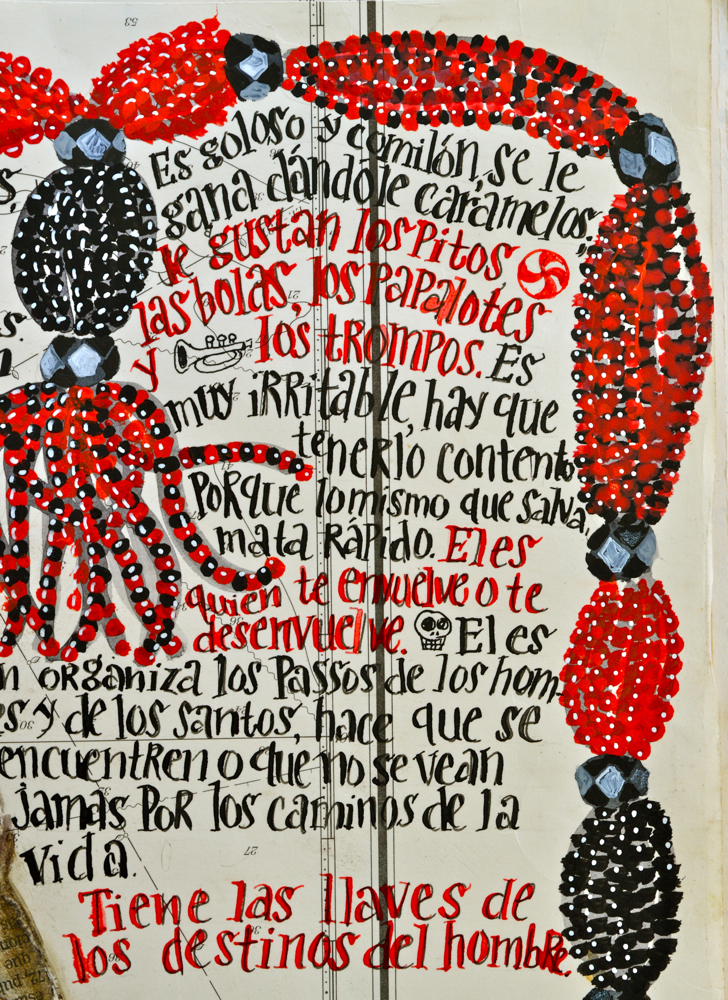 So far, Santeriá has been the most interesting new thing we’ve come upon in Venezuela, and the richness of its rituals and paraphernalia have been feeding our creative appetites.