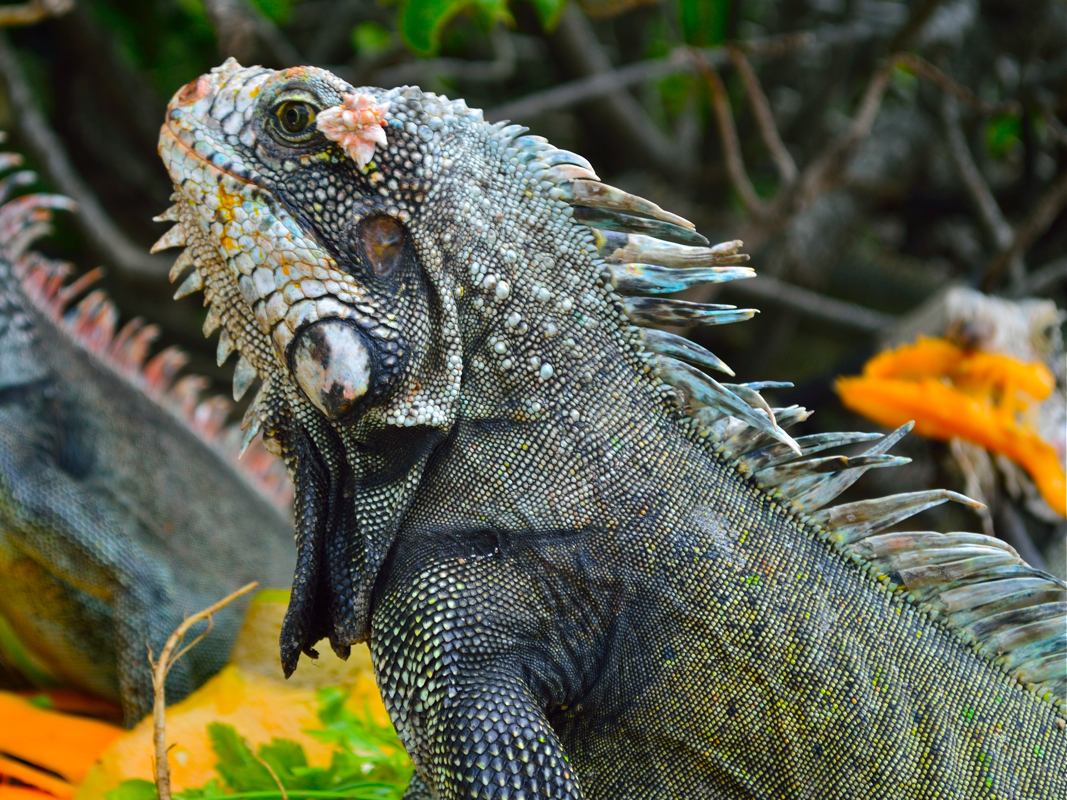 This is Iguana iguana (a.k.a. Green iguana, or Common iguana). They’re not always green, but they certainly are common around here. These modern-day dinosaurs are like Venezuela’s version of the wharf rat…by mid-morning, when the sun has warmed the concrete, they come clambering over the tops of the bushes to bask in the heat. There is a mess (that’s the collective noun for iguanas, apparently) of about 40 of these reptiles living in the trees and ornamental plant border between the yacht marina’s restaurant and the wharf to which our boat is tied. The restaurant cooks and the yachties, alike, feed them scraps of vegetable peelings and fruit and, except for one big rottweiler who is let loose inside the workshed at night, they have no predators in the gated compound of this guarded marina, so they are especially fat, healthy, safe, and thriving, just like rats.

They’re so tame, you can walk slowly up to them and they’ll just eye you beadily for a sec before going back to their papaya skins. We never tire of watching them rise up on their stubby legs and scrabbling claws, and walk across the lawn. They crop the grass when there is no fruit in the offing, and so they help the marina save on lawnmowers and labourers. They also love pink frangipani flowers (seems everything loves frangipanis…) What a diet of pretty pink flowers will do for your looks, eh? 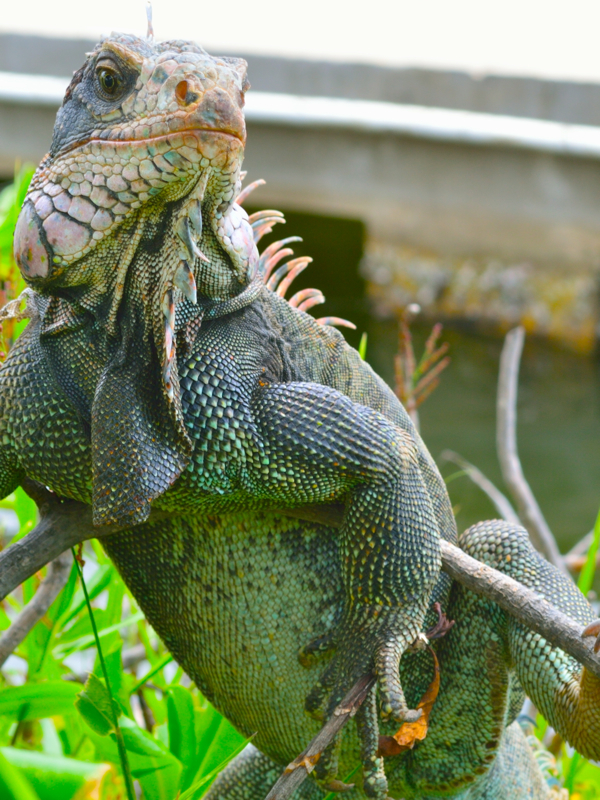 A couple of the younger, more adventurous ones, have been seen crawling along wharf ropes and coming aboard uninhabited boats. The younger they are, the greener they are…at least around here that seems to be the case. The older ones are grey, but they all have little patches of bright colour: a bit of coral pink, some turquoise blue, bits of orange. 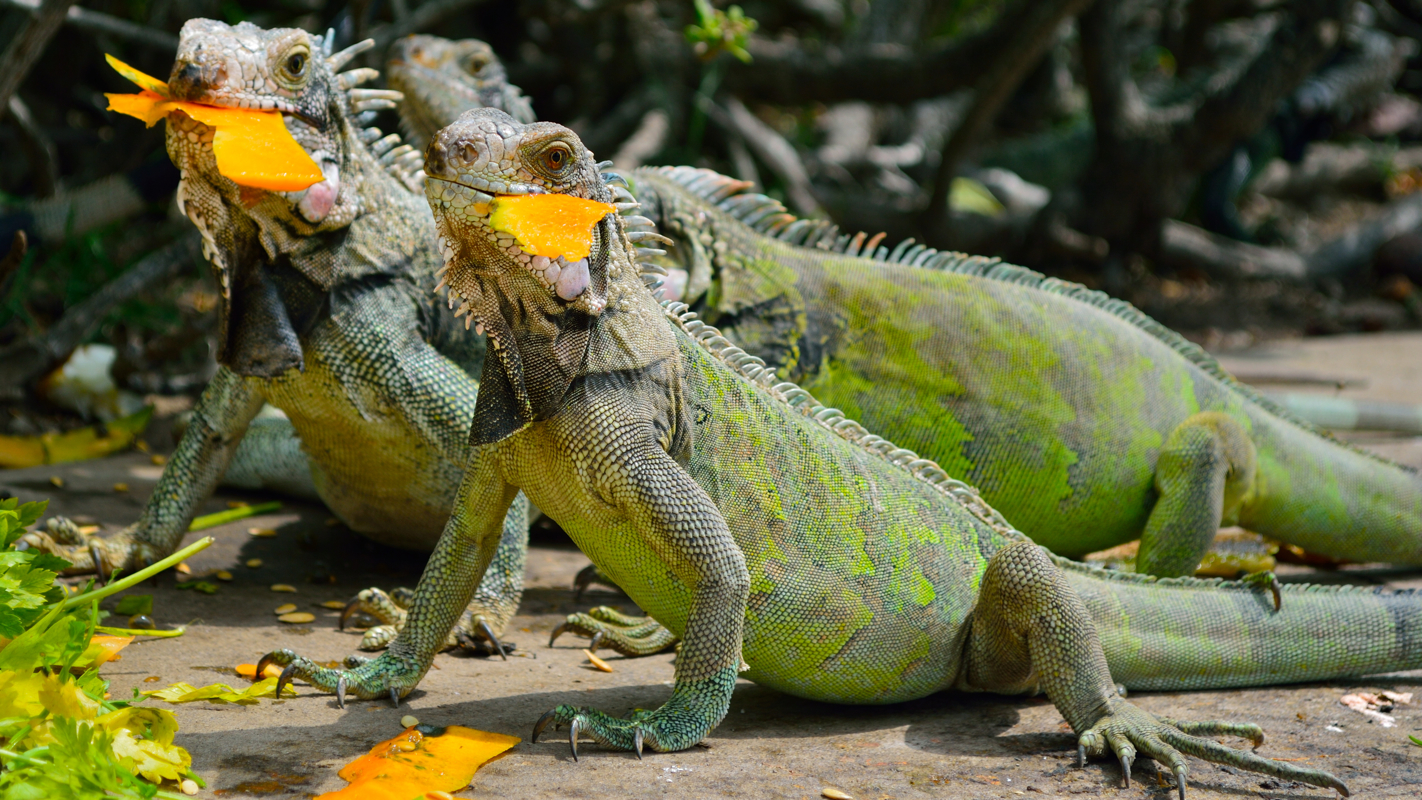 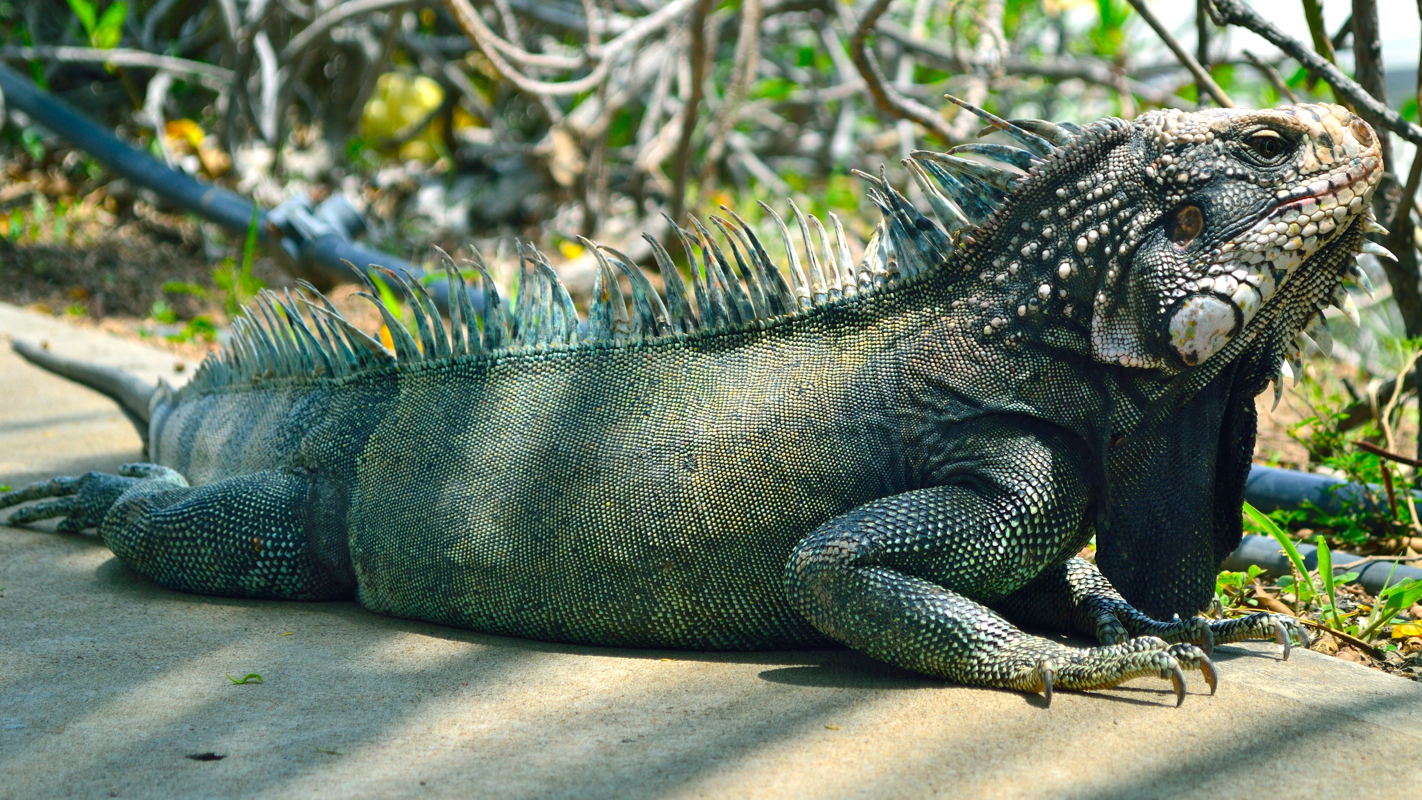 One thought on “Iguana hold your hand…”