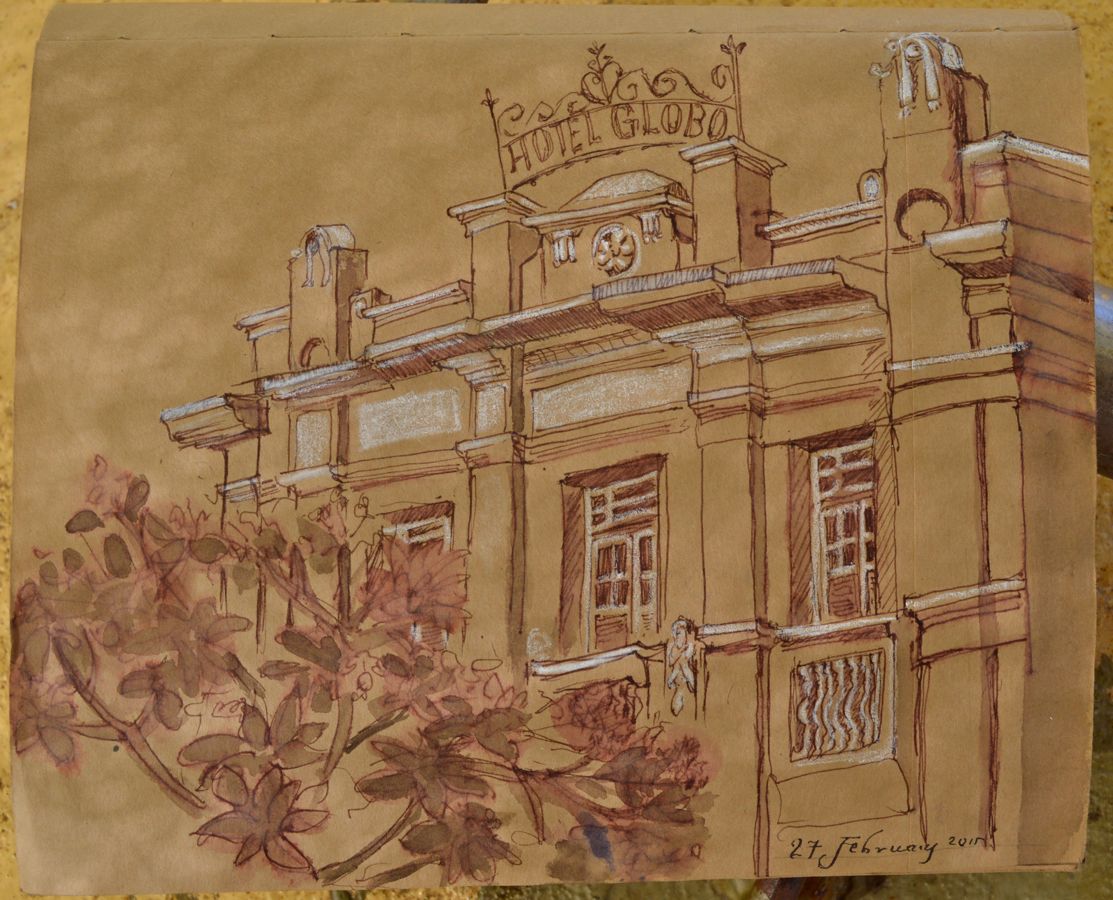 We went on a proper sketchwalk yesterday…left the camera at home to avoid the temptation to be lazy and use the excuse that I’m going to draw from photographs, later (really, really not the same…and you can see it very clearly in the drawings). I took a homemade brown paper bag sketchbook, a sepia felt-tip pen, a water brush and my watercolors, a white Steadtler Omnichrom pencil for highlights.

We took the 7:35 train into the Centro Historico, walked up the hill to the same mustard-yellow church, Igreja de São Pedro Gonçalves, that I’d photographed last Monday, and I found a cozy corner to sit in, right next to the Hotel Globo, a grand first subject. Kris walked off toward the train crossing to draw the little shacks and people on the other side of the tracks (European-style architecture doesn’t stir his soup, he grew up drawing castles and medieval buildings in Prague).

An hour and a half later we wandered up a cobbled street so steep that it was astounding (the aptly named “Ladeira de São Francisco” or Slope of Saint Francis) till we came to a stone bunker, the Casa da Pólvora (Gunpowder House, where they kept the gunpowder to defend the city). From this high vantage point I sketched the church we’d just left behind, looking over the brick roofs of its abandoned abbey buildings, the city, mangroves and hazy river lying behind. 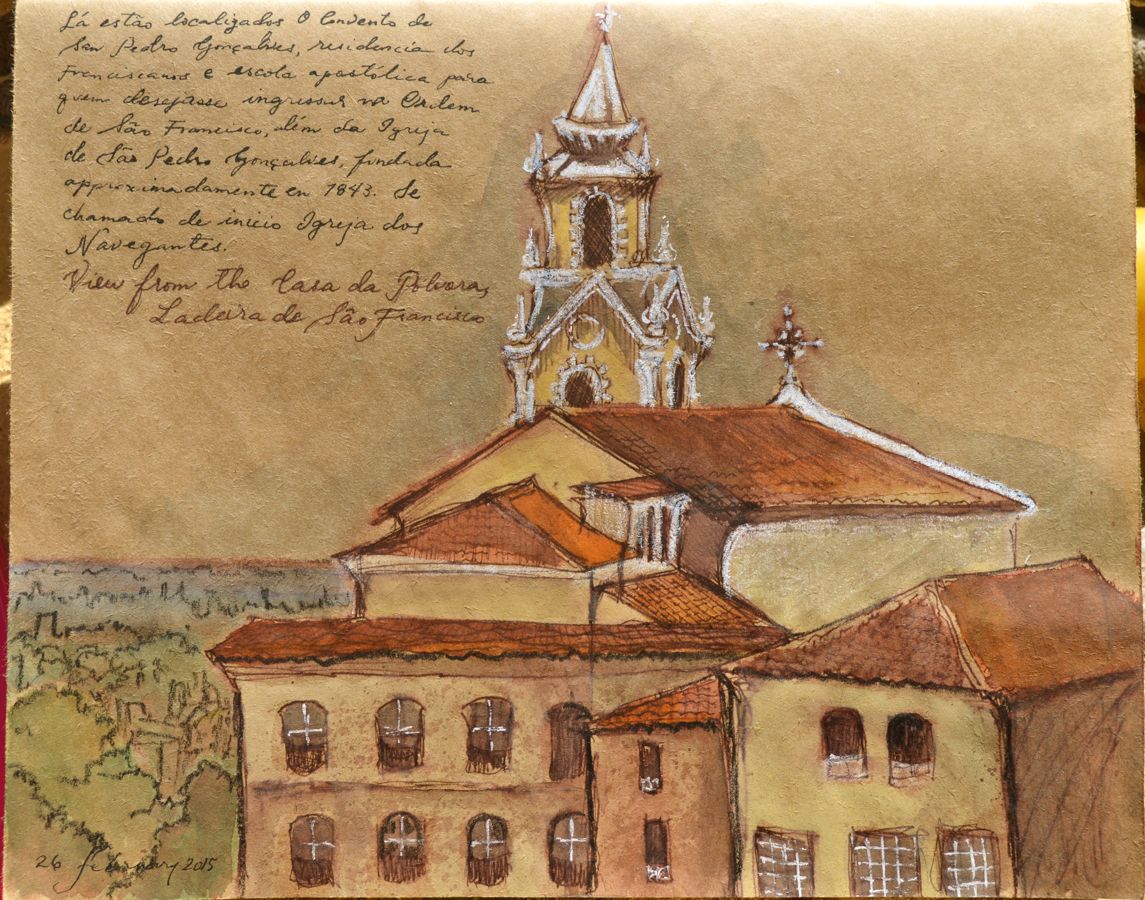 I only got two drawings done…I think I was trying too hard to accurately draw the Hotel Globo, and got mired in the details of perspective for far too long. We stopped at noon, when the sun beat down on the cobbled streets and there were no patches of shade to hide under in the Historical Center. We had lunch at a little open air rodizio (you are given a plate piled high with black bean stew, rice, and spaghetti noodles…and a waiter walks around with huge skewers of various char-grilled meats, and slices of the pieces you choose. He will keep on coming around, to pile more meat on your plate, until you ask him to stop. We pay $5.50 for two)

Then we went home.

The train runs from Cabedelo to Sta. Rita, along the ancient sugarcane-hauling route; João Pessoa and Jacaré are just two stations apart. One ride on the train, from anywhere to anywhere, costs 50 centavos…that’s 17 US cents. Mass transport is heavily subsidized by the Brazilian government. The trains are old, but very clean, extremely safe (two armed military police walk the length of the train during every single trip it makes) punctual, and never crowded. With going into the city so easy and cheap, I would like to go on sketchwalks several times a week…I have found that nothing makes me happier, while here, than sitting for a few hours and drawing what I see.