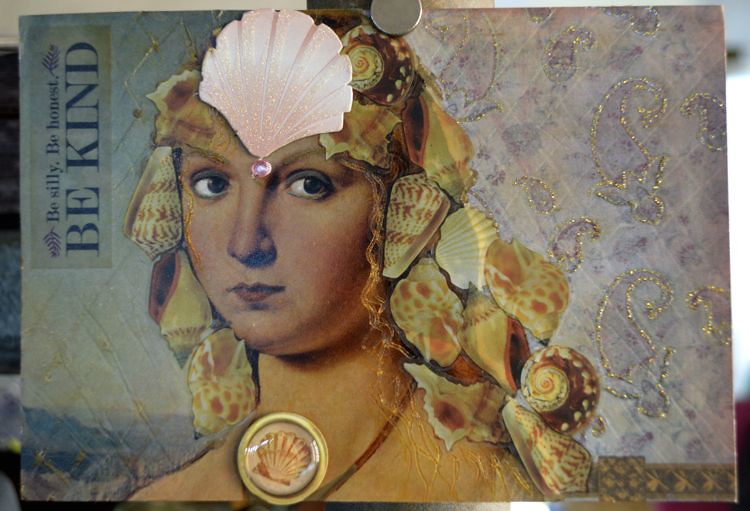 Seven postcards received, via iHanna’s DIY Postcard Swap, so far…from Italy, Canada, New Zealand, and the U.S. Most of them came in a big rush, and I was the envy of the ladies at work (and the ones at the Post Office, too!) It was fun getting so many cards in the mail. Hanna hosts these swaps four times a year, so if this looks like something you’d love to do, please check her blog page out! 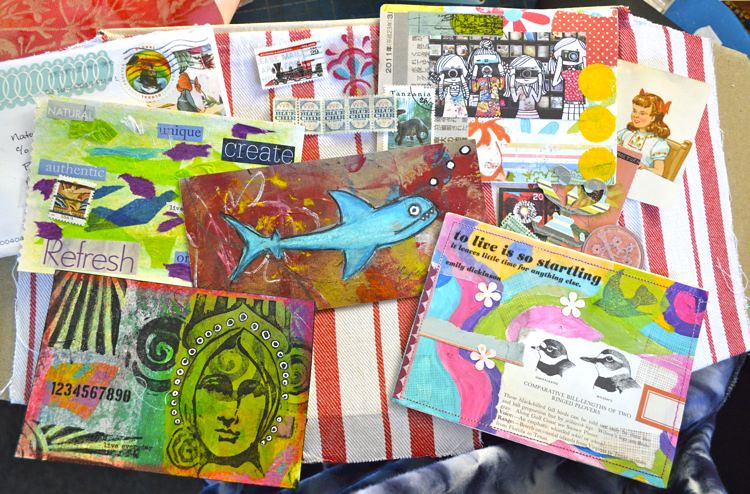 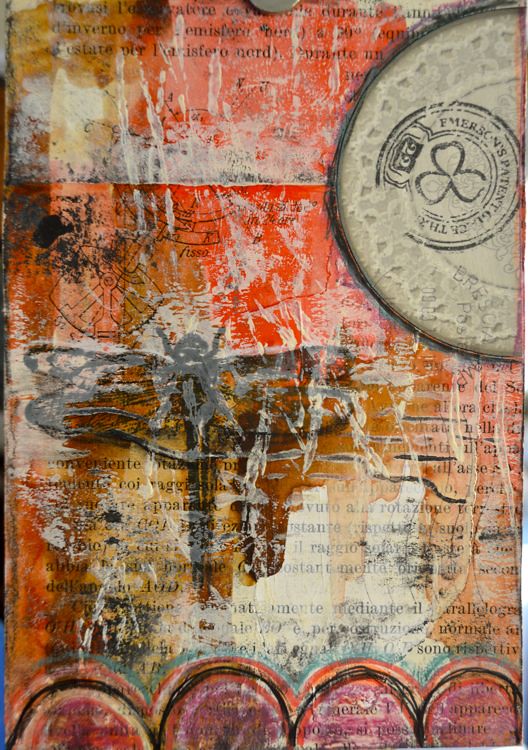 I wonder if all of mine got to their intended recipients? Ah, well, lost mail is part of mail art…the lovingly-crafted artwork that never arrives…the mysterious scrap of address that arrives minus the card it was attached to…like this one (front and back of the same card) I sent to Germany once, (including a small solar print I’d made of some ferns, and then hand-embroidered in metallic and frosted threads):

Of which all Roland received was this (must’ve torn off the postcard, I was foolish to merely stitch it on…): 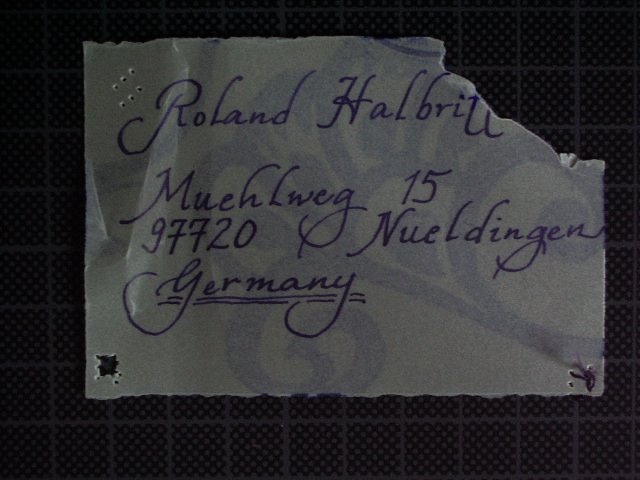 Detachment, letting go of something once it has been handed over to the Postal system, and non-preciousness, are also part of the Mail Art Movement. Letting the world have its way with your creations. Letting it also make its mark upon the piece…the franking stamp, damage, barcodes, loss. A collaboration.

The purpose of mail art, an activity shared by many artists throughout the world, is to establish an aesthetical communication between artists and common people in every corner of the globe, to divulge their work outside the structures of the art market and outside the traditional venues and institutions: a free communication in which words and signs, texts and colours act like instruments for a direct and immediate interaction.” – Loredana Parmesani